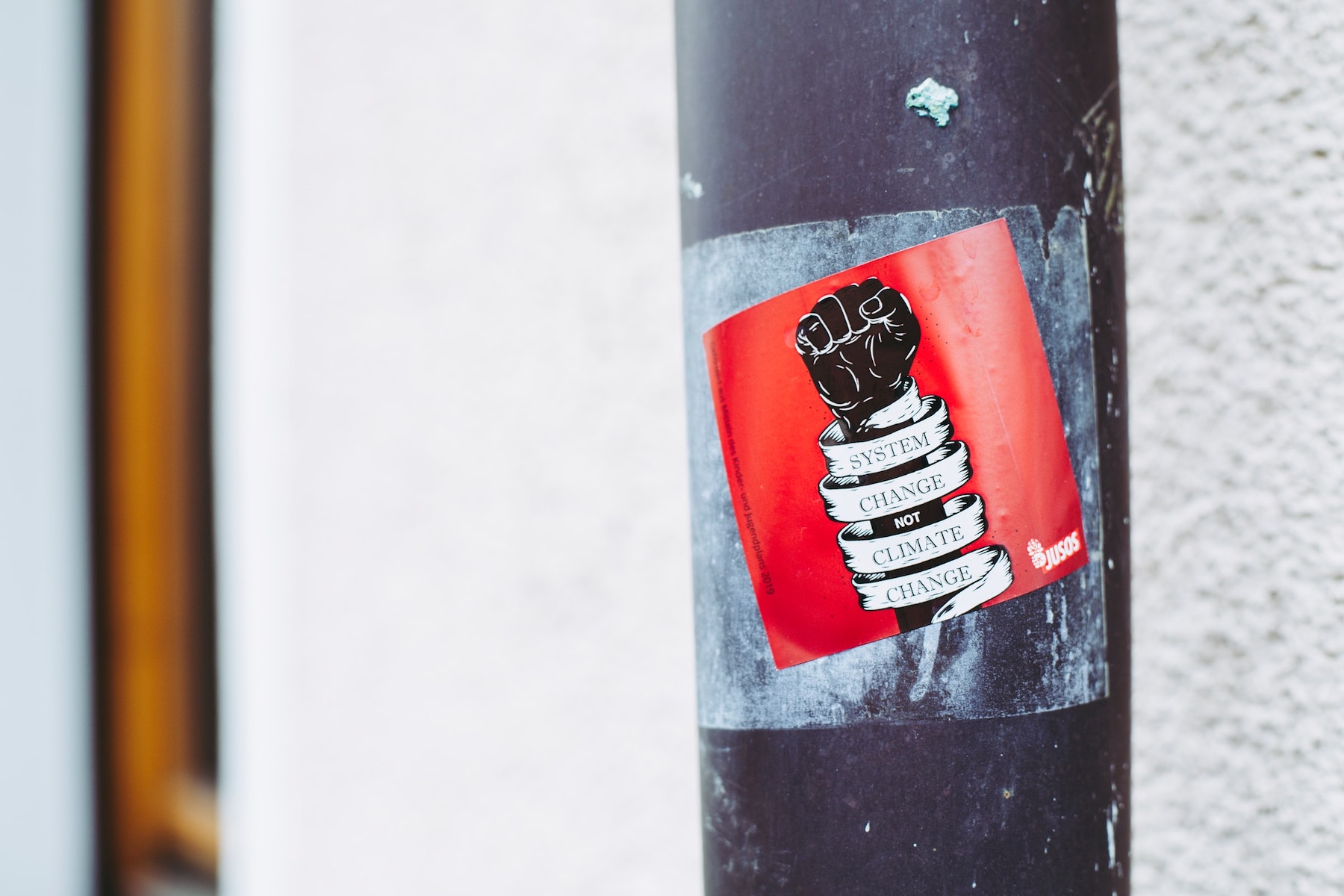 Science fiction is full of all-knowing villains. They can’t be understood or defeated. The unknown, as storytellers from H. G. Wells to N. K. Jemisen recognized, is confusing and unsettling. The unknown is full of wonder but also fear.

Systems language in journalism, media and social change often reminds me of science fiction. We face an alien, all-knowing and all-powerful challenge. Resistance to the system, as they say, is futile.

But systems here on Earth are made up of people: you, me, our neighbors and coworkers, elected leaders and others. All of us are systems creators, users, voters, evaluators and innovators. We engage in systems daily: the economy, education, health care, and criminal justice systems to name a few. If we’re all part of and working in systems, why doesn’t our language reflect the power people have to shape and change them?

Systems are both the plot and main characters in stories and narratives that shape our worldview. Narratives and systems are intertwined. If we shift from narratives of individualism to those of interdependence and mutual care, for instance, we may see changes to immigration, employment and health care systems.

Distancing people from systems also distances people from their power. We accept dominant narratives if the stories they tell and challenges they present seem insurmountable.

People and their stories about the world shape the systems we build and use. So it is mind boggling that the systems language of social movements so often disconnects and disempowers people. Systems, we hear, are complex. They’re the domain of bureaucrats, professionals and policy wonks. We see this in narrative work, strategic communications and policy making. The System is Broken and We Have No Idea How to Fix It, reports a 2013 article about low pay at Wal-Mart. The Earth’s climate is perhaps the ultimate system yet reports on progress are gloomy while solutions focus on individual actions.

Distancing people from systems also distances people from their power. We accept dominant narratives if the stories they tell and challenges they present seem insurmountable. Shifting narratives and systems in this context seems impossible.

People-centered systems analysis is important for two reasons. Organizers and community leaders can build a common understanding of systems to prepare for changing the rules and improving lives at scale. Community level change is more difficult to undo or contradict than advocacy for individuals.

There’s another way to talk about systems: tell proactive stories about people changing systems. People need to see a path to your proposed solutions, not just the solution itself.

Systems analysis is also a balancing agent to ideologies of personal responsibility. Knowing how systems work to diminish security and opportunity for some communities is key to activating a constituency.

There’s another way to talk about systems: tell proactive stories about people changing systems. People need to see a path to your proposed solutions, not just the solution itself. They need to feel that it is possible to get there, either because a thorough power analysis has revealed targets who can give us what we want, or because other people have won and implemented that solution elsewhere.

Power analysis shows us how to follow the money and relationships of all the players in the system. We find vulnerabilities, places where weak narratives uphold the system. That’s the space into which we drive the demands and actions of our constituency.

Systems, particularly public systems like those managed by local, state and federal governments, exist as an expression of our collective social values. A city budget, for example, reveals whether its creators value education over prisons or affordable housing over corporate tax breaks. Systems analysis should show us why the problem exists (not just that it does), who has made decisions generating the current state of affairs, and how people can or have changed policies and practices.

Policing, police reform and abolition offer examples of how systems analysis can show up (or not) in policy and narrative. The “criminal justice system” can refer to police, attorneys, prisons and jails, parole, schools and more.

An empowering criminal justice systems analysis has led activists to rename it the criminal legal system. That reframing elevates the value of justice by noting how little there is to be found for certain communities. A power analysis that follows the money reveals that public funding of police is a vulnerability in the system. People can assert their power through the budgeting process. And, as Anand Subramanian points out, by influencing the mayors who have control over police budgets.

Power analysis used and taught by organizers is a great example of what’s possible when systems analysis informs communications and narrative. Organizers look for weaknesses and vulnerabilities in existing power structures.

Organizers, communicators and narrative workers can teach people that systems, not individual choices and actions, are responsible for problems. Teaching systems analysis shows people how to find weaknesses, take action, and see systems change in action.

Inserting human beings into systems stories as proactive agents of change is a basic skill that we can practice and improve.

When Race Forward started the Drop the I-word campaign, we started with laying out the effects of “illegal” on undocumented immigrants through a series called “I am,” where people told us who they were aside from the worst thing they had done. We later added stories from non-immigrant people of color about how the discrimination extends to them, and white folks on why they stopped using the i-word themselves, including a video from a fourth grader. There were other aspects to building an alternative narrative, including research on how conservatives pushed the word out, and polling on how U.S. residents saw Latinos in the wake of such narration. But the human impact and the human actors were the key.

Action Center on Race and the Economy (ACRE) offers another example of teaching people about systems and offering solutions as they work to change the narrative about housing.

Decades of privatization has caused housing inequity to be one of the biggest issues facing communities today. Housing in the United States has always been deeply gendered and racialized, with women and people of color long denied access to quality housing.

This introduction to ACRE’s housing program plainly states the systemic role (and visceral impacts) of racist and unequal housing policy in the United States. They go on to name pieces of the system that activists can intervene on. They offer a plan for change, one built around the narrative that housing is a public good in a society that cares for people, thereby showing us that we can penetrate the system.

Inserting human beings into systems stories as proactive agents of change is a basic skill that we can practice and improve. A good early step is to ask ourselves key questions when we consume or create a story about systems. What is the proportion describing the harm, the people, the solution and the tactics that get us there? What would happen if those proportions were reversed, or the order in which they appear? What choice points and decisions need emphasis, and how can we do that elegantly, without hitting people over the head.