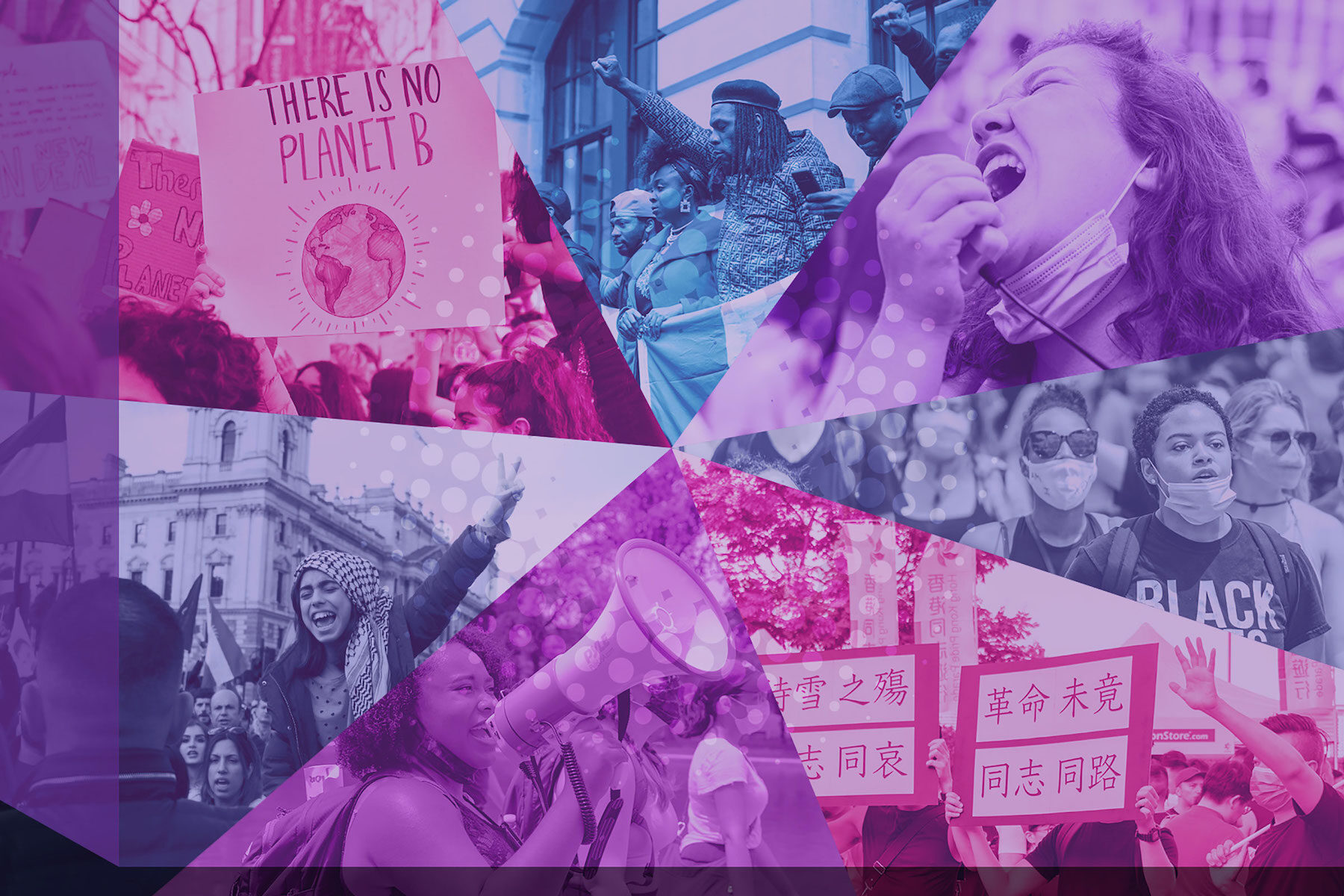 What would it mean for many voices to come together, each voice individual and distinct, and speak for change in the same direction? A polyvocal approach to change is like an ocean current: pulling water across the ocean and holding the power to shape landscapes – and narratives. Here we take a look at what polyvocal narrative strategy is and how it creates durable narrative change.

The mighty Mississippi River flows from an expansive watershed. Countless small tributaries braid their way across the land. The Mississippi gathers momentum and strength as culverts, streams and rivers flow into it. Big events, a storm for instance, will bring a massive influx of water and energy to the river. What happens when we see our advocacy as a mighty river made strong by individual sources?

There’s a habit in the nonprofit advocacy sector to look only at how your campaign is doing. This way of working turns allied efforts into separate projects with distinct goals, stories and metrics. What if we used a bigger lens to look at the currents of change? Would we see the different but allied people and voices in those currents?

Alternate meanings and translations don’t diminish a narrative: they give it power. Polyvocal approaches are transformative. Centering many voices breaks away from dominant white supremacist power structures. We simultaneously build durable, just and new narrative power.

Polyvocality is the power of many voices to shift and sustain narrative change.

The root word poly means many, from the Greek polus and polloi. Vocal means voice, from the Latin vox. There are probably many words for this thing in other languages, and we’d love to learn them.

Polyvocal, adjective:  In narrative strategy, an approach that relies on the power of many voices speaking the same core change.

Polyvocal is a word that’s not used much in English. “Polyvocal” is an approach in ethnography and classroom education. It is used in novels and poetry, writing about environmental history, and as a way to think about music composition. For about a decade, I’ve used polyvocal to describe an approach to creating narrative shifts. To be honest, I’ve received a lot of weird looks. It’s an overly academic way to name a thing that feels gut-right to lots of practitioners.

Narratives are a collection of stories refined over time. A polyvocal, “many voiced” lens is helpful when looking at how narrative creation and durability works.

Oxfam’s Isabel Crabtree-Condor has shared a series of conversations with narrative change practitioners around the world (check it out here!). She recently described for us how polyvocal methods are similar to “feminist thinking that focuses on power and diverse ways of knowing, called Epistemological Feminism.” A polyvocal strategy forces a rethinking and questioning of ways of knowing. We open our narrative practice towards justice and equity.

…it’s important to have narratives be as plural as possible, to have many people talking about the same event. Feminist ethics and philosophy have helped us to understand the importance of telling narratives and recounting stories from different perspectives and standpoints.

– Nita Luci, anthropologist and assistant professor at the University of Pristina – Kosovo in Narrative Power and Collective Action

A new narrative must be made of many voices to be durable.

Durable narrative change is woven with networks, stories and structures that sense, speak with, and are able to be held by many voices. Polyvocal approaches are part of the process of narrative embodiment. A narrative flows through a society when many people share their stories in their own words. People come to embody, live in, and own a narrative. Using polyvocal approaches at every stage is what makes winning possible.

We start by weaving new narratives from the threads of Big Listening. This may happen in group dialogues, as we did recently when distilling a Narrative North Star for a national network. It can also mean tuning our ears and our technology towards emergent and dominant narratives in digital and social media.

Big Listening lets us know who is (or could be) talking about a story or value. In other words: who knows the story. It tells us how deeply held that story is. And it shows us how, when and why individuals and groups drive or share stories across a narrative landscape.

A new narrative must be held by many voices to be durable.

The goal of narrative change is to create a new, widely held narrative. We do ourselves and our movements a disservice by limiting the number of people, and their range of expression, sharing any narrative. Conversely, we expand the potential for successful deployment and uptake of narratives by leaning into polyvocality.

A widely held narrative will be embodied in and voiced by many different people. In other words, a new narrative must be widely legible. When deploying and translating narrative we ask: to whom does the narrative need to be legible? Whose voices make a new narrative legible?

It’s useful to think about polyvocal work in contrast to ‘univocal’ or single-voiced work. The need to maintain message discipline is a frequent refrain among communicators. As are tactics to help many people repeat the same thing at the same time. This single-voiced communication may be necessary in a crisis. In a burning room, many people shouting “Fire!” saves lives. But this clear, top-down messaging does not empower people in a narrative project.

How does power show up in narrative? Polyvocality allows for repetition of the same values and worldview, but in different ways across a range of actors. This expands the bandwidth and frequencies of a narrative. We can reach more people and be more clearly heard. Most importantly, we can be repeated more often. In coalitions working on narrative projects, this can shift the range of possibilities. New alignments create a new common sense. Polyvocality can have a democratizing effect.

In the early days of Big Listening for ocean conservation at Upwell, we were looking at how to change the narrative about the ocean. We saw the power deep ocean currents have when hitting the continental shelf and shooting towards the sky, a phenomenon called ‘upwelling.’ Many voices speaking together can act like a powerful ocean current. Together, voices push waves of narrative onto our cultural shorelines. These narratives, like currents hitting the beach, can reshape how we live.

Polyvocal narrative work can be complex and messy. Even amidst the strongest of narratives, one won’t find an audience speaking with a single voice. Stories and narratives aren’t scripts or talking points to be handed out for memorization.

What does effective polyvocal narrative work look like? The Yes campaign in Ireland offers an example. A narrative was created from the inclusion of many individual voices. This came amidst a powerful sense of risk among groups supporting the Yes campaign.

Also check out this video from the THRIVE Agenda. It’s anchored to a Narrative North Star built from dialogue and reflected out in many people’s voices. We’re on the lookout for more examples. Please share yours!