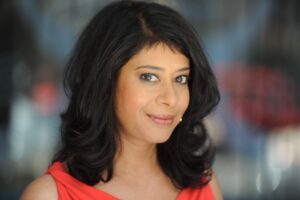 Today, Narrative Initiative is excited to announce Rinku Sen as our new executive director. She will lead our efforts to help the social sector harness the power of narrative to make progress towards a more equitable and socially just world. Narrative Initiative exists to catalyze durable narrative change in order to make equity and social justice common sense. Rinku brings deep experience in racial justice, feminist and labor movements to advance this ambition. She joins on December 1, 2020.

Darren Walker, president of the Ford Foundation, a founding funder of Narrative Initiative, hailed the announcement. “Rinku Sen is an extraordinary choice to lead the Narrative Initiative,” Walker said. “If this year has taught us nothing else, it’s that there is incalculable power in shifting the narrative around racial and economic justice in America and around the world. Rinku has dedicated her career to this work — she’s one of our field’s true leaders and she will be an inspired leader of Narrative Initiative at this extremely important moment.”

At a time when we need to define a more expansive “we,” rebuild democracy and address inequality, Sen brings extensive organizing, storytelling and communications talents and experiences to the organization.

Sen has helped define what a more inclusive economy looks like and used technology to seed and socialize powerful new narratives. Her experience innovating new ways of powering movements and supporting leaders will guide our field through turbulent and transformative times. She chose to take this leadership position because she believes we must and can build a solid majority for progressive ideas in this country.

“Narrative is the way we tell stories of real human beings and their courageous efforts to make change in the face of systems that hold them back. Narrative change includes moving people to act on their beliefs,” said Rinku Sen. “Preparing for the hard work of unifying our country behind ideals of justice, stewardship and community, I’m thrilled to join this smart, dedicated team to open up space in the public sphere for the people, ideas and actions we all need to hear and see.”

Alvin Starks of Open Society Foundations and Chair of Narrative Initiative welcomed Rinku: “Narratives create meaning. They define our past and what it meant as well as our future and what is possible. If we want transformational change that defeats growing inequity, racial injustice and othering that divides society, our movements must excel at creating compelling and contagious narratives. Rinku has an impressive track record of disrupting how we see the world so we can see something better. She’ll be a visionary leader for Narrative Initiative.”

Sen is formerly the Executive Director of Race Forward and was Publisher of their award-winning news site Colorlines. Under Sen’s leadership, Race Forward generated some of the most impactful racial justice successes of recent years, including Drop the I-Word, a campaign for media outlets to stop referring to immigrants as “illegal,” resulting in the Associated Press, USA Today, Los Angeles Times, and many more outlets changing their practice. She was also the architect of the Shattered Families report, which identified the number of kids in foster care whose parents had been deported.

Her books Stir it Up and The Accidental American theorize a model of community organizing that integrates a political analysis of race, gender, class, sexual orientation, and other systems. As a consultant, Rinku has worked on narrative and political strategy with numerous organizations and foundations, including PolicyLink, the ACLU and the Nathan Cummings Foundation. She serves on numerous boards, including the Women’s March, where she is Co-President and the Foundation for National Progress, publisher of Mother Jones magazine.

“Crafting and spreading new narratives is necessary, difficult and joyful work,” said Ai-jen Poo, executive director of the National Domestic Workers Alliance. “Rinku Sen has the creativity, focus, optimism and dedication to both design long-term strategies while also recognizing their urgency. She also embodies the truth that rigorous narrative work is done with people, not to people, bringing her long history in organizing and leadership development to the field.”

Narrative Initiative supports an emerging field of narrative change practitioners, researchers, and trainers. It was conceived and funded by The Atlantic Philanthropies and Ford Foundation in 2017. Since that time it has explored opportunities where narrative can align movements, using research, strategy development and global gatherings to drive deeper collaboration. Narrative Initiative is a project of the New Venture Fund, a 501(c)(3) public charity that incubates new and innovative public interest projects and grant-making programs. Learn more about the Narrative Initiative.