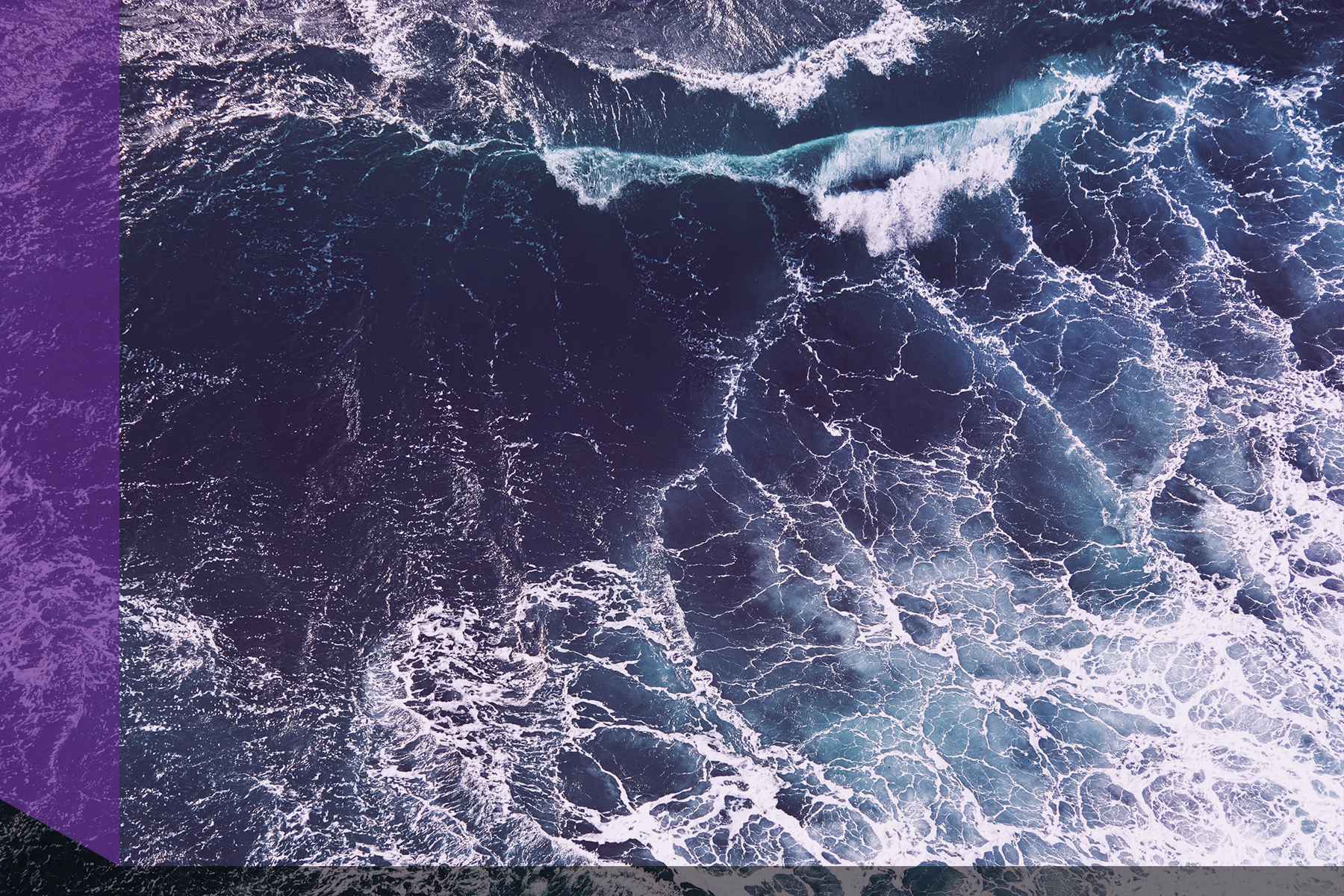 Waves is a simple illustration that begins to unpack the complex relationship between values, narratives and stories. The model borrows from the work of Grassroots Policy Project, Perception Institute and others working at the intersection of advocacy, strategic communications, and the operation of ideology.

Narrative Initiative was established in early 2017 on the heels of a presidential election. We witnessed how Trump’s social media activity kept advocates in dismay and too often, in disarray. We asked, how do we make sense of this dynamic? How do we become less reactive?

Imagine floating in the middle of a vast, stormy ocean. Swells emerge from seemingly nowhere; we are tossed and turned by the churn of waves. Trump’s tweets, both constant and unpredictable, keep us disoriented on the ocean’s surface.

But waves are generated by currents beneath the surface. Their power is sourced from below, just as the tweets draw from less visible narratives to deliver meaning. This is, of course, how dog whistles function: tapping deeper meaning just as waves are generated through currents. And the deeper the currents, the more powerful and enduring they can be, functioning like worldviews and ideology. White supremacy drives racist narratives drives dog whistle tweets. 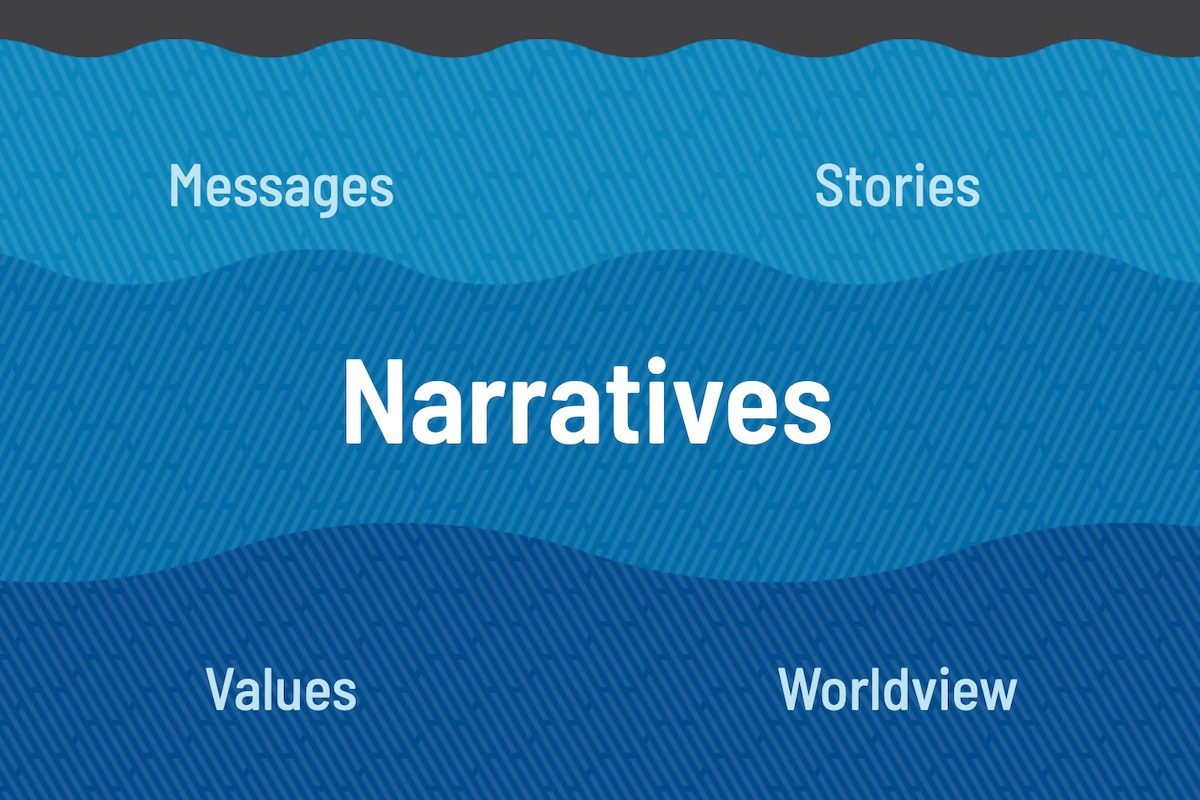 Several years ago we took this model and translated it into trainings to support social justice leaders in the U.K., South Africa and beyond. We needed an example that broke down the waves images while being accessible to different political and cultural contexts. We landed on sharks after some research and collaboration with ReFrame.

Stories share that something happens to someone or something. Stories bring narratives to life by making them relatable, accessible and even personal. Here’s a story about sharks: Five swimmers were attacked by sharks along the East Coast of the United States in July, 1916. Four swimmers died. As widespread fear and panic grips the nation, President Woodrow Wilson calls an emergency cabinet meeting. A national alarm is raised and forces are sent to hunt the beasts.

Narratives are a collection of stories refined over time. Narratives infuse stories with deeper meaning. Here’s a familiar shark narrative: Sharks are vicious, man-eating predators that frequently attack and kill human beings. They pose an imminent and constant threat.

Further below the surface we find values and worldviews. Worldviews are embedded and pervasive in culture. We use them to understand history and current events while informing identity, community and belonging. Values and worldview shape our relationship to sharks: Humans and nature are in continual battle; we’re defenseless against nature; we fear the unknown.

Waves is an accessible training tool that allows participants to both articulate their desired narratives and identify dominant ones. Over time, sharing and training with Waves revealed insights and begged important questions of the model:

The model has expanded as we’ve used it in other settings and contexts. Narrative Initiative and partners have used Waves in trainings and on research into the Green New Deal, COVID-19, Black Lives Matter and other narrative projects. We’re excited to see it adopted and adapted by others (including this recent interpretation of Waves from Heather Hamilton).

Felipe Gil, a participant at Meeting the Populist Moment in 2019, used the Waves model to illustrate his work with populism and narrative. We are, Felipe says, “fighting all the plastic floating on the water” with messages and stories. Gil spoke of colleagues in other organizations and campaigns who support this work. Some are focusing on deeper narrative understanding through big listening and data analysis. Others are going even deeper, sharing research into populism, culture and values. Work at every level is needed to win political fights while creating new narratives and worldviews.

The change we seek will require a range of approaches, tools and voices. Waves makes space for collaboration and iteration while illuminating the depth of what we’re up against. We encourage collaborators in this work to raise our ambitions to meet the challenges ahead.