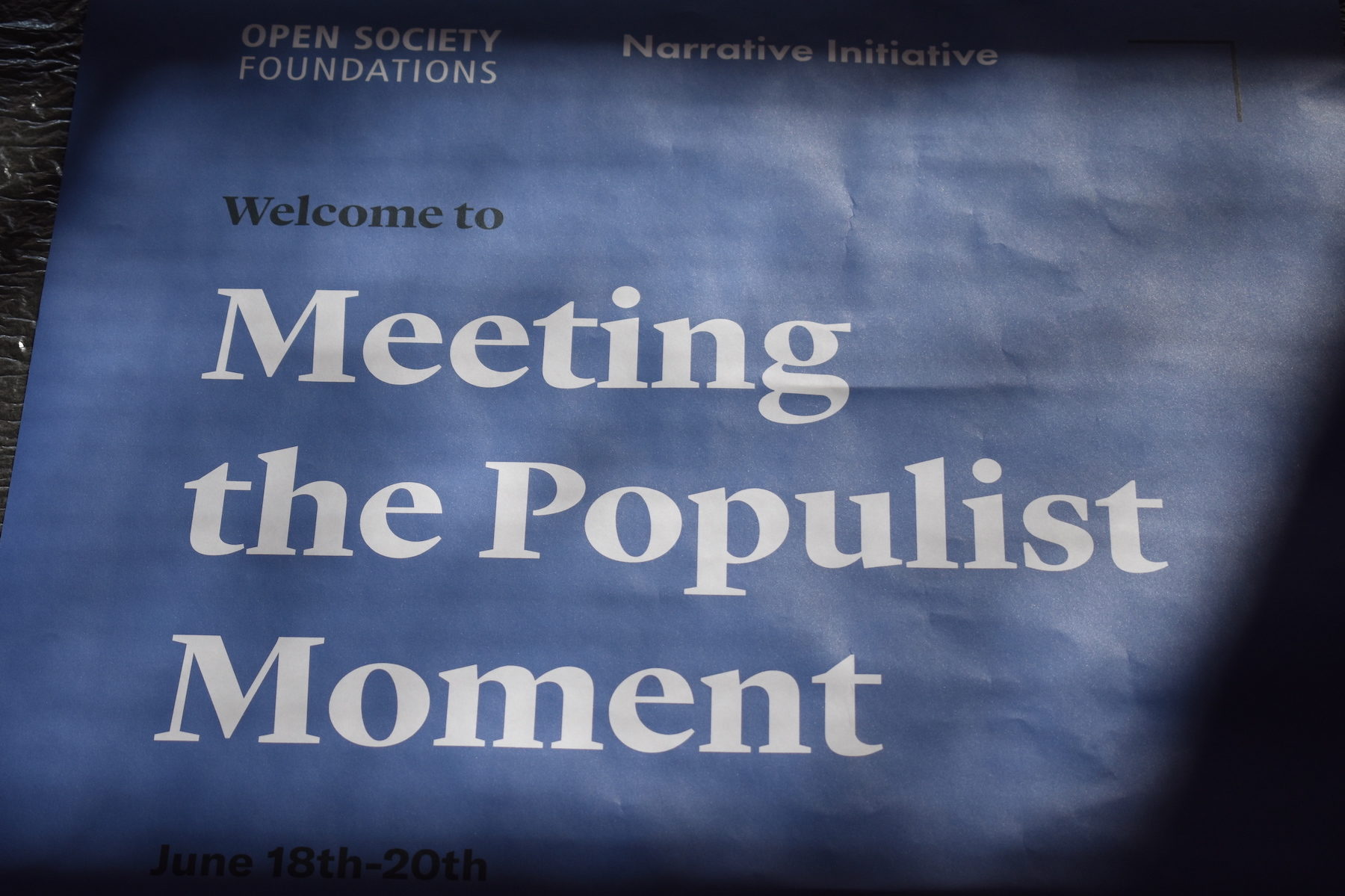 Narrative Strategy in a Populist Moment

Last week, organizers, storytellers, artists and technologists from North America and Europe gathered in Berlin for three days at Meeting the Populist Moment. The convening was part of a longer process exploring how the global rise of populism is rupturing traditional political systems and resulting in opportunities to shift deep narratives on race, the economy, the role of government and more.

First, let’s center the conversation about what’s possible with a summary of Cas Mudde’s definition of populism:

Populism separates society into two groups, homogenous and antagonistic–the people vs. the elite. Politics should be the expression of the general will of the people.

To date, authoritarianism seems to be the end point of populism. But the direction of a populist rupture isn’t predetermined. The rise of authoritarian populism and leaders like Bolsonaro, Le Pen, Salvini and Trump isn’t the only way forward. 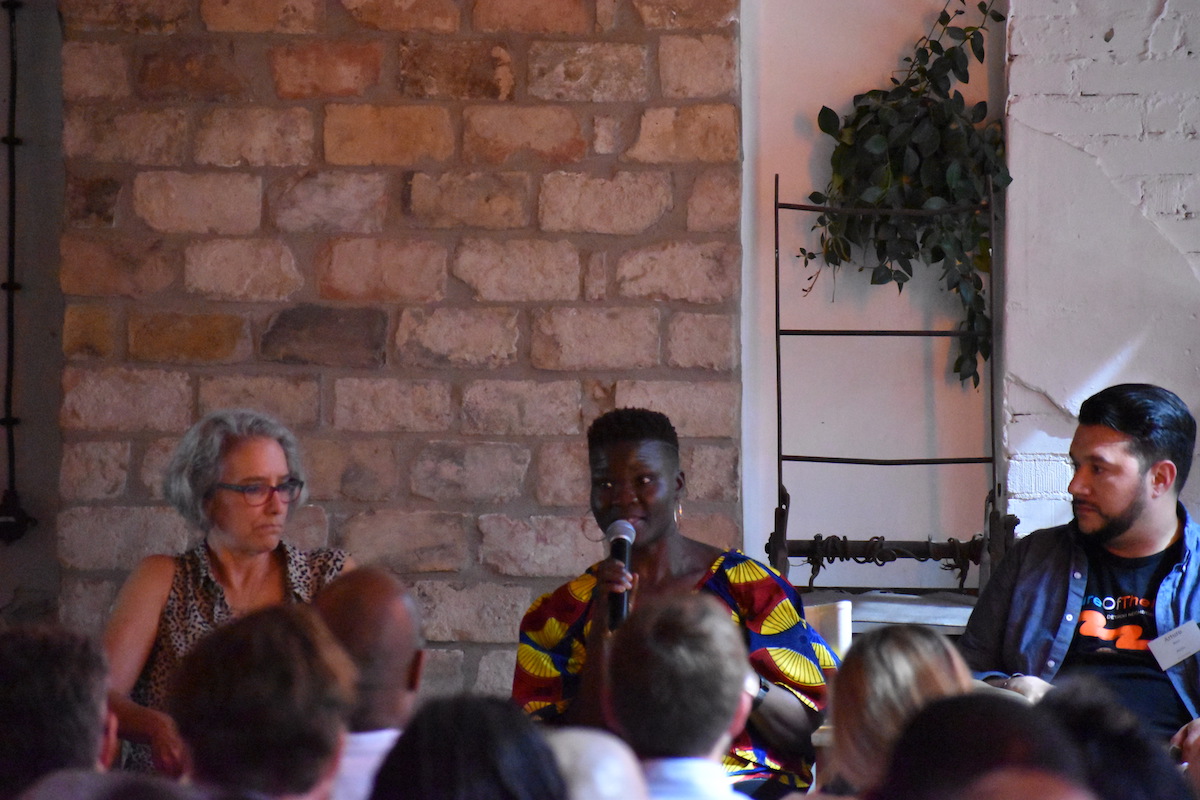 The question isn’t whether new leaders and ideas will govern, but which new leaders and ideas. How we grapple with and use narrative – and which narratives seep into our politics – will determine the shape of leadership and power. The conversation, and debate, begun in Berlin has urgency. But narratives don’t change overnight. We’re excited to share the possibilities and questions that arose.

Meeting the Populist Moment included conversations, skill sharing, and planning focused on meeting the populist challenge by shifting deep narrative. We learned from one another, identified challenges to our work (and gaps in it) and explored opportunities for collaboration and alignment.

Inclusive Populism: Is a Bigger “We” Possible?

In the US, an inclusive populism is characterized by the Sunrise Movement and progressives like Alexandria Ocasio-Cortez. Last week, many participants from the US supported opening this populist moment as an opportunity for transformative systems change. They sought to learn from European counterparts who are coping with the rise of authoritarian populist politicians in dozens of countries. 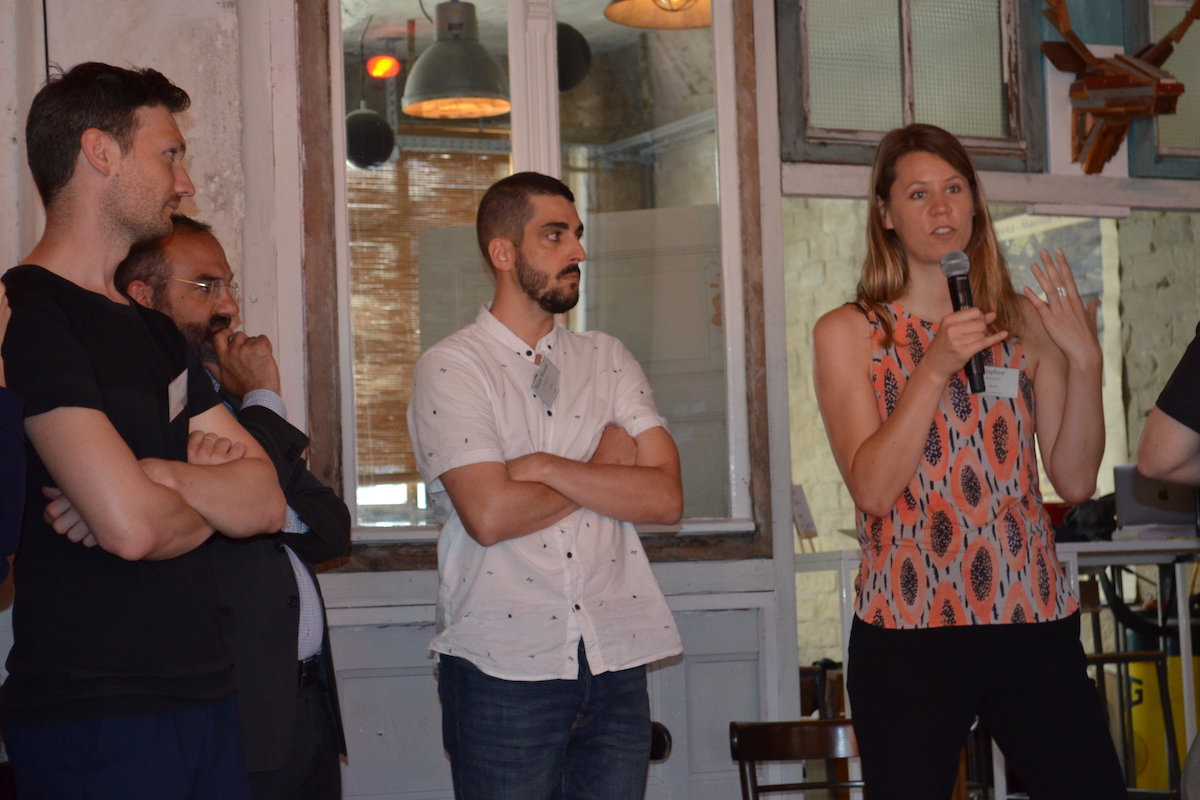 We identified and debated the challenges to crafting narratives that turn inclusive populism into sustained political power:

Fear and the Us vs. Them of Populism

Who gets agency from fear is a really important question. In the UK climate movement, the people who are empowered by and participate in tactics of fear are actually really safe. It’s mainly white middle and upper class people, and not working class—especially black and brown—people. It’s not the people most impacted by climate destruction.
– Jacqui Howard, Mobilisation Lab

In this populist moment, we’re presented with an opportunity to create a transformative brand of populism that reshapes long-held narratives about economic, political and even environmental systems.

For many participants, this poses a strategic question. Authoritarians divide society into groups with “Us versus Them” language. Many campaigns, we were reminded, relies on having an “us” and a “them.” Adam Kruggel of People’s Action said: “A critical question for us is ‘who benefits?’ It’s important to name a real culprit.”

There was little consensus on using fear and division as a building block of narrative change. “I draw a big distinction between fear and urgency,” said Pam Campos-Palma, a US political strategist who works with veterans. “Urgency with hope that we can save ourselves is stronger than fear.”

Populism is a political and social phenomenon which responds to people’s desires. There are millions who identify with populism. When we say populism is a threat to overcome, it sounds as if people were the threat. I don’t like to think about people as a threat and the term “overcome” itself sounds very militant.
– Igor Stokfiszewski, Krytyka Polityczna and European Alternatives

The conversation highlights the difference between populist messaging that candidates use to win elections and creating an inclusive populist vision of the future.

Today, many of us are reacting to constantly shifting conservative narratives in the news, social media, politics and pop culture. Participants spoke of the need for a bold vision of the future that engages people and becomes an organizing principle.

Nelini Stamp of the Working Families Party spoke about vision when reflecting on results of the 2018 US elections: “One big lesson is that we need to tell a compelling, unapologetic vision and need to speak to both race and class.” 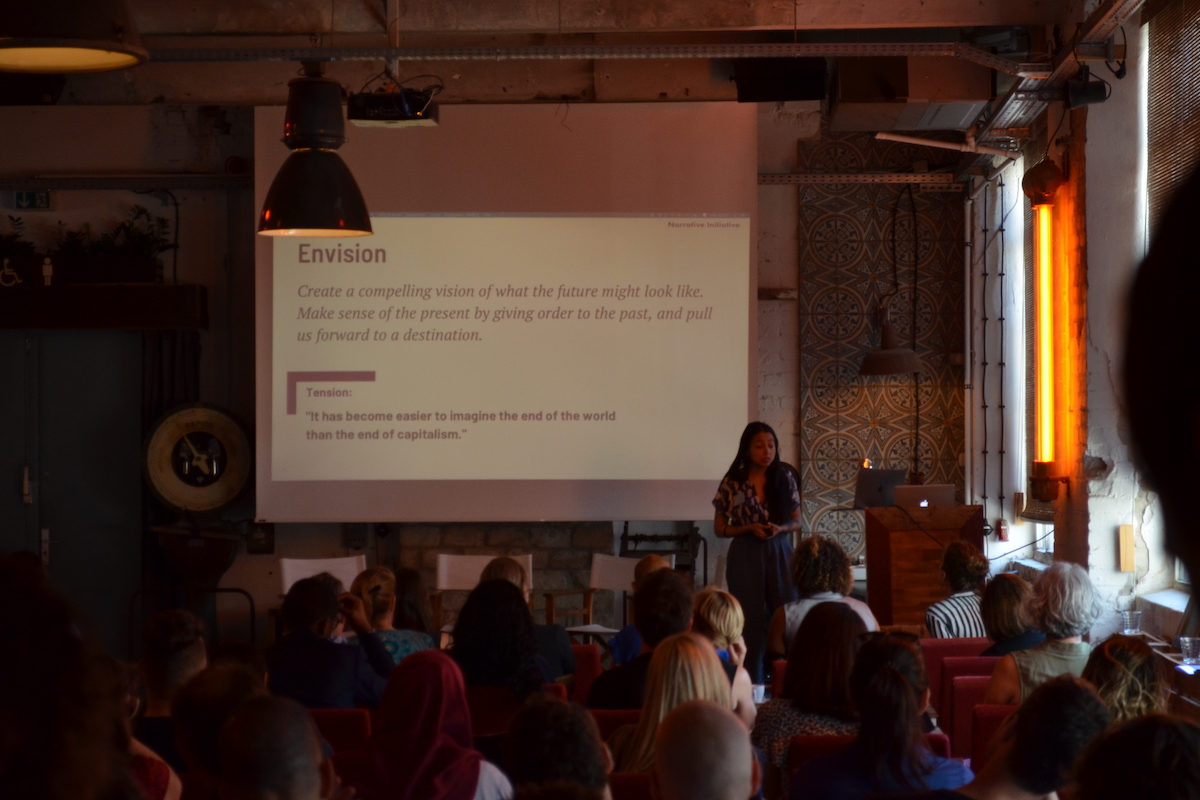 I want to raise something that I feel like is not a point of alignment: I think we need to be clear that returning to the status quo is not possible and will not save us. We need to be advancing bold alternatives and pushing for transformation.
– Tobita Chow, Justice is Global

We have work to do creating and aligning around a vision of a “bigger we” and inclusive populism. But building blocks are sliding into place: pan-European political parties centered on democracy and environmental sustainability, the Green New Deal in the US, a youth-led movement advocating for climate change action sparked by Greta Thunberg.

The messaging surrounding today’s populism overwhelms traditional and new media. Kevin Madden, a GOP political strategist, commented about Donald Trump’s use of Twitter in a 2017 Politico article: “In a world where there is a wealth of information, there is always a poverty of attention, and he has this ability to generate four or five story lines a day.”

The use of social media and its underlying algorithms is an important question to people working on narrative and populism. Questions that came up include: “Do these platforms privilege certain kinds of communication (divisive, for example) over a more inclusive whole?” It’s unclear if the tools we rely on – Facebook, YouTube, Twitter, WhatsApp – are better at dividing or uniting.

We also talked about how changes in journalism and news media affect narrative distribution. Traditional, centralized media of 25 years ago privileged certain voices over others. But progressive groups have struggled to keep up with the growth of social media and nationalization of politics created by weak local reporting.

The progress of Alexandria Ocasio-Cortez in the US, Volt in Europe, and efforts like Mo’ in Italy offer lessons for speeding up the use of social media for narrative work. But much more work is needed at the intersection of narrative and technology.

The Opportunity for Narrative Change

Our final day together focused on sharing expertise with each other and identifying the skills and tools needed to bring narrative change practices to our work with populism. We identified several opportunities for more work on infrastructure, skills and tools. A few include:

Research on narratives and messaging. What works and what doesn’t? How do we learn and teach narrative change practices?

Data. How do we track narratives? How do we separate noise from impact? How do we listen to supporters and opponents at scale?

Measurement, testing and iteration. Participants want to understand how to use and interpret data. We need to spread understanding of narrative testing.

Collaborative systems and tools, especially for working across boundaries of geography, language and historical access to technology.

Investment. Narrative change takes time. Populism may have created an opening for shifting deep narratives about economic and political systems. But this isn’t work that will happen quickly and progress will be accompanied by setbacks. Participants expressed enthusiasm for possible futures working together but also concerns about the ability of existing funding and infrastructures available to support testing, data, training and more.

We emerge from last week’s convening to a world full of Donald Trump’s tweets, news about migrants dying as they seek asylum in the US, and political debates about how to tackle climate change, economic inequality, voting rights, and more. The need to collaborate on narrative change has never seemed greater.

Meeting the Populist Moment is just the start. Participants at convenings hosted by Narrative Initiative in the US and Europe have shared enthusiasm for meeting and learning from others who see populism as an opening for progressive change, not just a threat to democracy.

The political rupture that populism is responding to provides an opportunity to change deep narratives. But we need a bold, inclusive vision to share, one that bridges economic, geographic and racial boundaries. We need to develop narrative skills, tools and a sustainable infrastructure that helps us not just manage but direct today’s flood of data and media.

This article exposes some of what we’ve learned, the tenor of conversations and potential priorities as we move forward. Narrative Initiative, our partners and network are using these insights to craft a coordinated progressive and powerful response to the threats of authoritarianism.