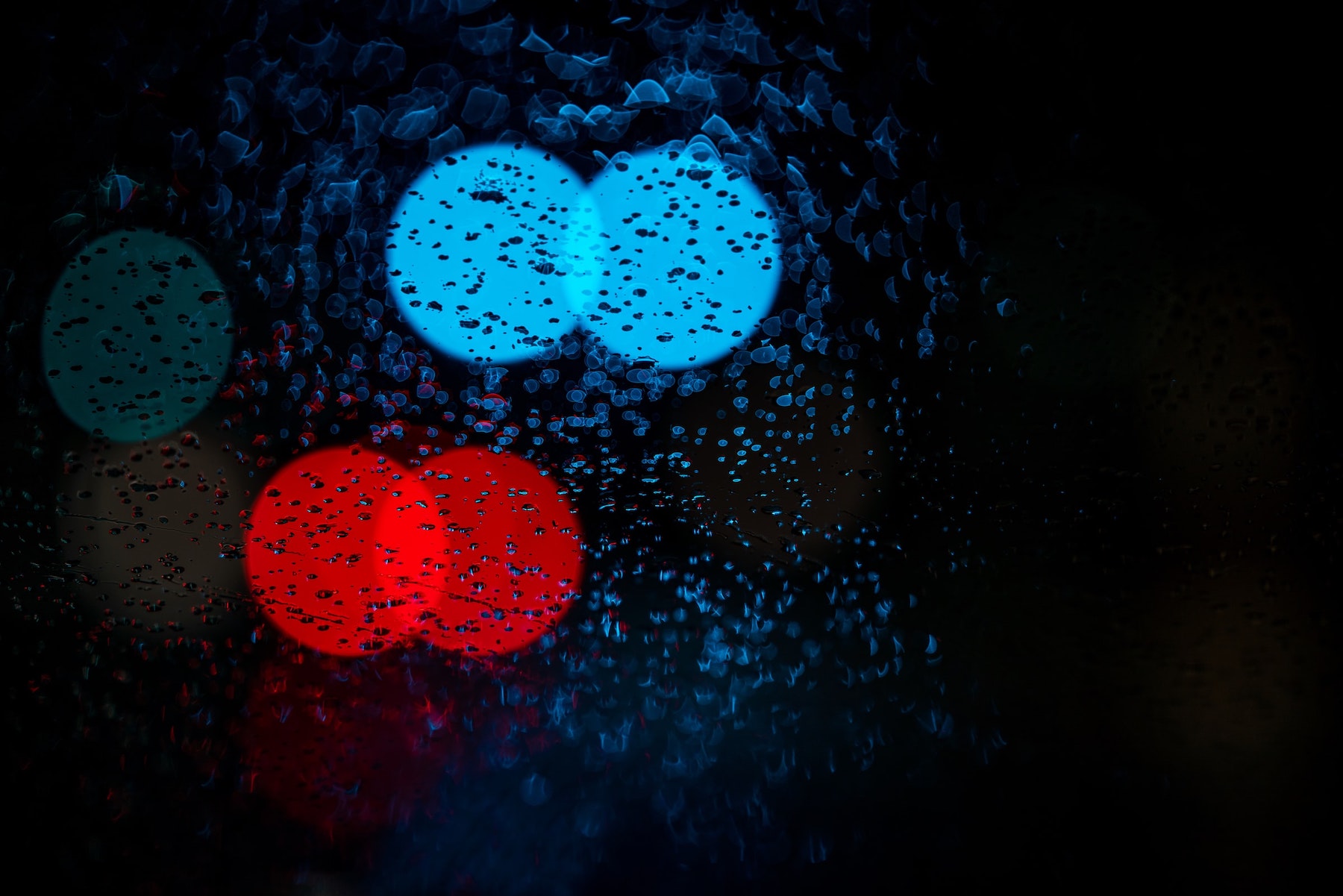 The Argument: How an op-ed can shift the narrative

An op-ed case study showing the why, when and how of turning a story into an argument that successfully advocates for change.

“Get down on your knees and place your hands on your head,” blared the police car loudspeaker. The command to Zach Norris and his family came after Walnut Creek police stopped the Norris family car when an automated license plate reader mistook their plate number for one thought to be tied to a crime.

Norris, a Black man and the former Executive Director of the Ella Baker Center, was familiar with the power imbalance and risks presented by the situation. Fortunately the mistaken identity was detected. The Norris family was sent on its way, emotionally shaken but safe.

That trauma became the focus of an op-ed by Norris sharing the family’s story: At gunpoint, police handcuffed me after license-plate reader error.

The publication of the op-ed was part of a collaborative process that began in early 2021, when the Ella Baker Center joined Word Force, a Narrative Initiative program.

The partnership was propelled by the times. The Derek Chauvin trial was coming up. Racism and community policing were headlining both national news and events in Oakland, where the Ella Baker Center is based.

Go deeper with Writing Opinions: Theory and Practice, a guide to writing and placing op-eds by Word Force senior advisor Laurence Downes. A past member of editorial boards at The New York Times, Newsday and the Chicago Sun-Times, Downes shares extensive guidance on creating powerful arguments, storytelling and the when, why and how of the op-ed process.

The Ella Baker Center hoped that the spotlight of the Chauvin trial would help push for change in the region. An op-ed could influence city and county leaders as they faced policing policy decisions.

Zach Norris’s experience offered a personal and timely story. A great op-ed also needs to make an argument to an audience. It needs to advocate for or against an action or policy.  Word Force worked with the Ella Baker Center for weeks, talking through the story, editing drafts, and strategizing pitches to newspaper editors. The process offers a look inside why op-eds matter, when to use one, how to think about the audience, and how to craft an op-ed (and pitching process) that will make an impact.

Why do an op-ed

This is a world of 24/7 cable news, Facebook, TikTok and Twitter. Messages move quickly. Meanwhile, going from idea to published op-ed isn’t easy. And it’s rarely fast. It can take rewrites and rethinking to come to a published op-ed. But the effort can yield big rewards.

A strong op-ed is rooted in a personal story and unique perspective. It offers new insights or a fresh way of looking at a timely problem.

Op-eds can have outsize impact. An op-ed will lift up grassroots voices and strengthen community organizing.  Community voices need to be heard across different media to create and drive narrative change.

The op-ed process has an additional benefit: It builds relationships between advocates and editors that make it easier for community voices to gain a platform moving forward. Your unique story, the basis of a good op-ed, establishes trust. Editors and journalists become more likely to turn to you for input on future stories, open emails and follow Twitter threads.

When to do an op-ed

Turning the Zach Norris story into an op-ed required digging into the details. Stories about Black families being mistakenly stopped by police are, tragically, not unique. In addition, the events of Zach’s story weren’t especially timely. The incident happened months earlier. On the surface, the story wasn’t connected to legislation or a specific policy change.

Our conversations with Ella Baker Center gradually uncovered a story element that was timely and unique in the eyes of an editor: the prevalence of license plate readers and the debate over their use by police.

In our favor, this wasn’t a rapid response effort. A time sensitive op-ed may have only 24-48 hours from event to publishing. This is why breaking news op-eds often come from established sources – people and groups with whom editors have relationships. And these op-eds are often pulled from other material: past op-eds, blog posts, internal research, Twitter threads. In other words, a rapid response op-ed builds on past work, relationships and demonstrated expertise.

One more thing: be flexible about the when and where. An op-ed may be timely and targeted. But you may need to hold it for a better opportunity or a different venue. Always have a plan for self-publishing your op-ed if it doesn’t get picked up by a media outlet.

How to turn a story into an op-ed

Sure, op-eds need a compelling story and solid writing. But they need an explicit argument, an audience to move to action, a team to craft the story, and an ability to get an op-ed to the right place at the right time.

Who is the audience for your op-ed? This is your first and most important question. Maybe the audience you want to reach is on social media or someplace non-traditional. Students might be following TikTok. State legislators may pay attention to a local political blog or a pundit’s Facebook page. Be sure an op-ed fits your specific audience.

In the case of Zach Norris’s op-ed, we started with an audience of “people paying attention to the Chauvin trial.” The fact is, that audience was too broad. And the organizations most connected to George Floyd’s community are the ones whose messages should be heard and amplified.

We worked with Ella Baker Center to narrow the audience: people paying attention to policing in the Bay area –> then Bay area cities, like Oakland, debating the use of automated license plate readers –> then people who care about privacy, abolition and the policymakers who have power to make decisions about police policy.

Narrowing the audience focused Zach’s story and argument. Almost everyone is familiar with license plate readers. And most people, from people of color to anyone paying attention to the Chauvin trial, are aware of the tragic impacts “routine” police stops can have. The personal experience of Zach and his family connected a real local issue – automated license plate readers – to police surveillance and abuse of power. Zach’s story became one that many people could connect to their experience and community.

It took multiple rounds of conversation, writing and editing to turn a story into a story that helped Ella Baker Center advocate for change in its op-ed. The Mercury News editor didn’t ask that we focus on the license plate reader issue. We landed on it by probing for details during the writing process.

Once the Mercury News editor picked up the story we needed more collaboration. The editor wanted to see a clearer connection to Oakland. Relationships can help collaboration. Follow a rejected op-ed pitch with a new op-ed that reflects feedback about what an editor needs. And follow a published op-ed with another op-ed. An editor that learns you can deliver what they need won’t just respond, they’ll seek you out.

Know your story, audience and editor

Zach Norris’s story was horrific and compelling. But the story wasn’t enough. Creating a strong op-ed took attention to details and audience needs as well as a willingness to collaborate with colleagues and a newspaper editor.

This is just one type of op-ed, of course. We often help groups create op-eds timed to a holiday or event, a long-expected judicial decision or a fast-moving current event. We sometimes see great op-eds end up as blog posts or articles on Medium. And that’s okay. We also sometimes suggest that op-eds become Twitter threads or Instagram Live events.

Don’t forget: a story needs to be heard, read and shared before it can change a narrative.

We want progressive organizations to bring their full suite of communications, organizing and program tools to narrative change projects. Word Force exists to get new and strong progressive voices into the conversation more often. But it also offers groups and staff guidance, systems and tools for building the kind of internal alignment needed to sustain narrative power over time.