Beyond Neoliberalism: A Narrative Approach

The narrative power of neoliberalism has been undeniable. But today, the neoliberal paradigm is in crisis. How can narrative strategists seize this opening to advance narratives that center equity and justice and pave the way toward the next economy? This report from Narrative Initiative begins to shed light on this pressing question.

As part of our Narrative Strategy for the Next Economy project, Narrative Initiative has worked with Richard Healey and Judith Barish to produce “Beyond Neoliberalism: A Narrative Approach.” Based on over 20 interviews with economists, political scientists, policymakers, and communications experts, the report explores possible narrative strategies, approaches, and themes that might point the way to the next economy. 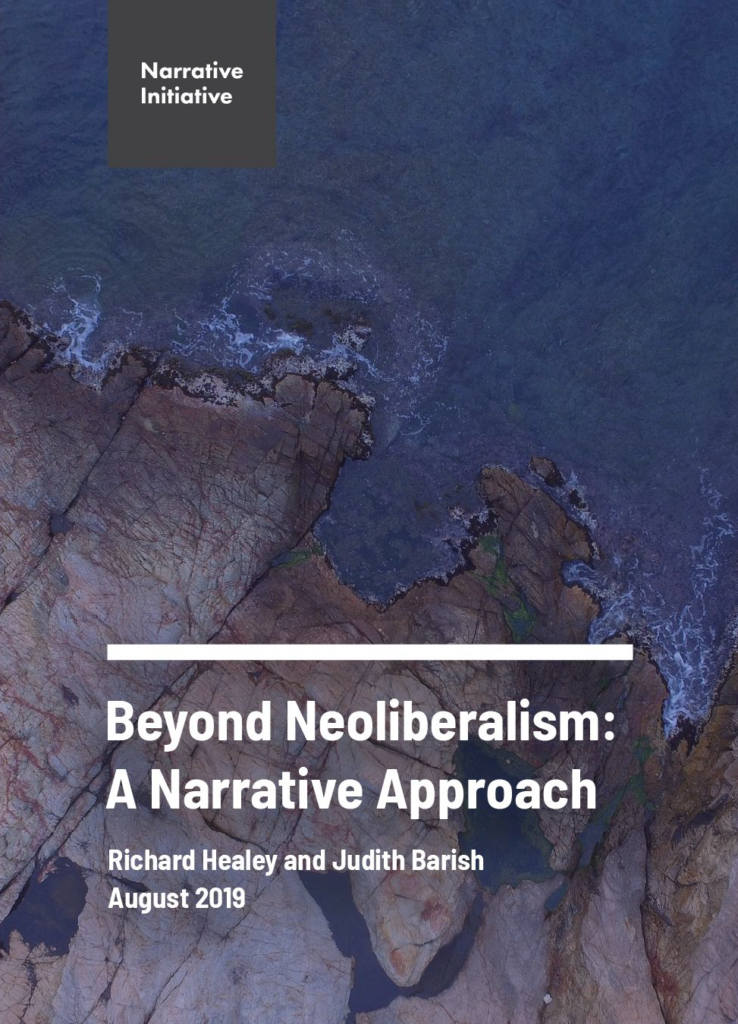 Neoliberalism is in crisis. Forty years ago, Reagan and Thatcher unleashed a “free-market” economic system in a wave of privatization and deregulation. There is now a growing sense that it is time for something new. Productivity has slowed. Growth has been unstable. Inequality has soared, concentrating wealth and political power in the hands of a shrinking number, undermining democracy and producing political instability around the world. Even the successes of neoliberalism have been mostly double-edged: economic growth has destroyed small businesses, weakened communities, filled the oceans with plastic, and hastened the warming of our planet.

In the spring of 2019, we interviewed academics, activists, communications experts and leaders of think tanks to hear their thoughts on the neoliberal system. We probed the possibility of replacing it with an economic model more responsive to human needs. We aimed to explore the possibility of undertaking a deliberate effort to shift public sentiment and discourse to support such a transition. What we heard was a vast array of theories, analyses, instincts, emotional responses, and plans. Responses were so diverse they are hard to summarize in a single document.

Most people agreed that now is a time of opportunity. There is a feeling of change in the air. Structures that have felt solid for decades seem a little more permeable, if not flexible. The political conversation is widening to consider previously unthinkable policy ideas. Now is a moment when a well-designed narrative strategy could help promote the development of a more inclusive, egalitarian, and sustainable economic system. Some of the people we spoke with are already advancing this kind of strategy. Indeed, even during the six months we worked on this paper, the public conversation developed rapidly.

Amidst a growing agreement that neoliberalism is in crisis, we encountered little consensus about what would come next. But we did hear agreement that far-sighted actors could play a critical role in propelling the development and adoption of a successor. In particular, observers agree we need to take on the intellectual and narrative dominance of neoliberalism.

In the last 40 years, the logic of the free market has transformed how we think and feel about politics, the economy, and personal life. Neoliberalism has been remarkably successful in this cognitive capture. In order to disrupt this system and make space for a more democratic economic order, advocates must challenge the idea that the free market is natural and inevitable. They must also offer an affirmative vision with which to replace it.

Activists, organizers, advocates, intellectuals, journalists and others who want to fight neoliberalism on the battleground of ideas face one immediate question: how can a narrative change approach challenge neoliberalism’s cognitive capture? We heard four suggestions:

As the sociologist Fred Block put it, the various critiques of neoliberalism “are like little yipping dogs at the heels of the neoliberal colossus, which can kick them away and proceed uninterrupted.” Narrative strategy can integrate various analyses into a holistic synthesis. It can create a political space in which people who agree on fundamental principles can pursue a productive dialogue about the points of disagreement.

2. Cohesion: Narrative can hold together a center-left coalition

In the current moment, thinkers to the left and right of center are converging around the idea of the end of neoliberalism. We think this agreement is vital. It signals the willingness of people across the political spectrum to find a compromise. A smart narrative strategy could preserve and expand this space for consensus, while facilitating maximum structural change.

Felicia Wong argues that the narrative challenge we face today is how to translate the understanding of neoliberalism’s elite critics to a wider audience. This explanation gives narrative a critical mission. The charge is to develop the language, stories, and cultural tools that will reach community leaders, grassroots organizers, clergy, journalists, local politicians, and the general public in order to convey what some expert observers already know.

Working people today feel a mounting sense of anger, hopelessness and betrayal. Many have taken advantage of this discontent, including racists, white nationalists, authoritarian strongmen, and separatists. Using inclusive populist narratives, progressives could create a new common sense around the role of government, challenge market fundamentalism, and redirect despair and anger away from authoritarian aims.

These options are neither exhaustive nor mutually exclusive. They can help jump start a conversation about the purpose of narrative strategy.

We turn to nuts and bolts at the end of the paper. We propose a set of considerations for working out the who, what, and how of a narrative strategy that could advance one or more of these functions. Who do we want to address? What are the most resonant and effective narrative approaches? How should we disseminate these messages?

Finally, we encourage the convening of people currently considering this problem – ideally by bringing thinkers together across lines of difference. We hope this paper instigates conversations between disparate groups as they wrestle with the potential of the current moment and where we go from here. We imagine dialogue between academics and activists, intellectuals and organizers, economists and communications experts.

Ultimately, the emergence of a new economic paradigm or structure is a political project. There is no ‘Next Model of Capitalism’ waiting in the wings. Rather, this moment of crisis is one in which various options are possible. The winning one will have to be built through intellectual labor, strategic coalitions, power building and a set of political and policy victories. Sometimes you have to figure it out as you go along. 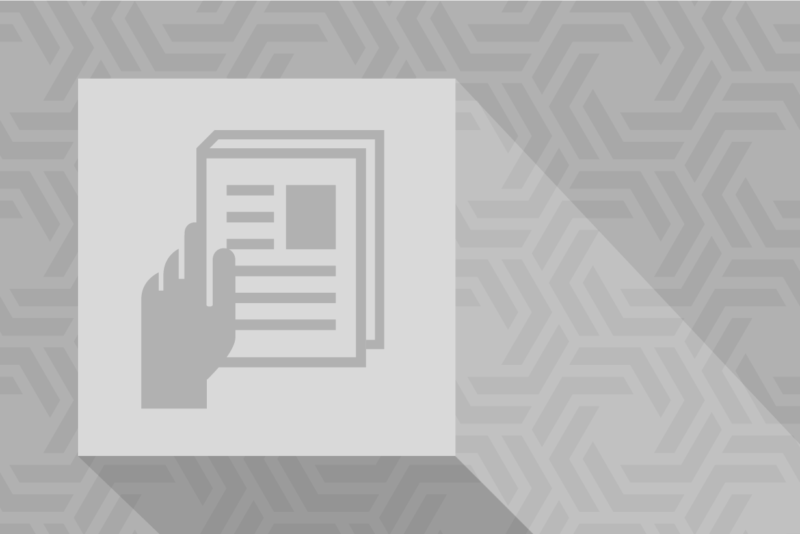 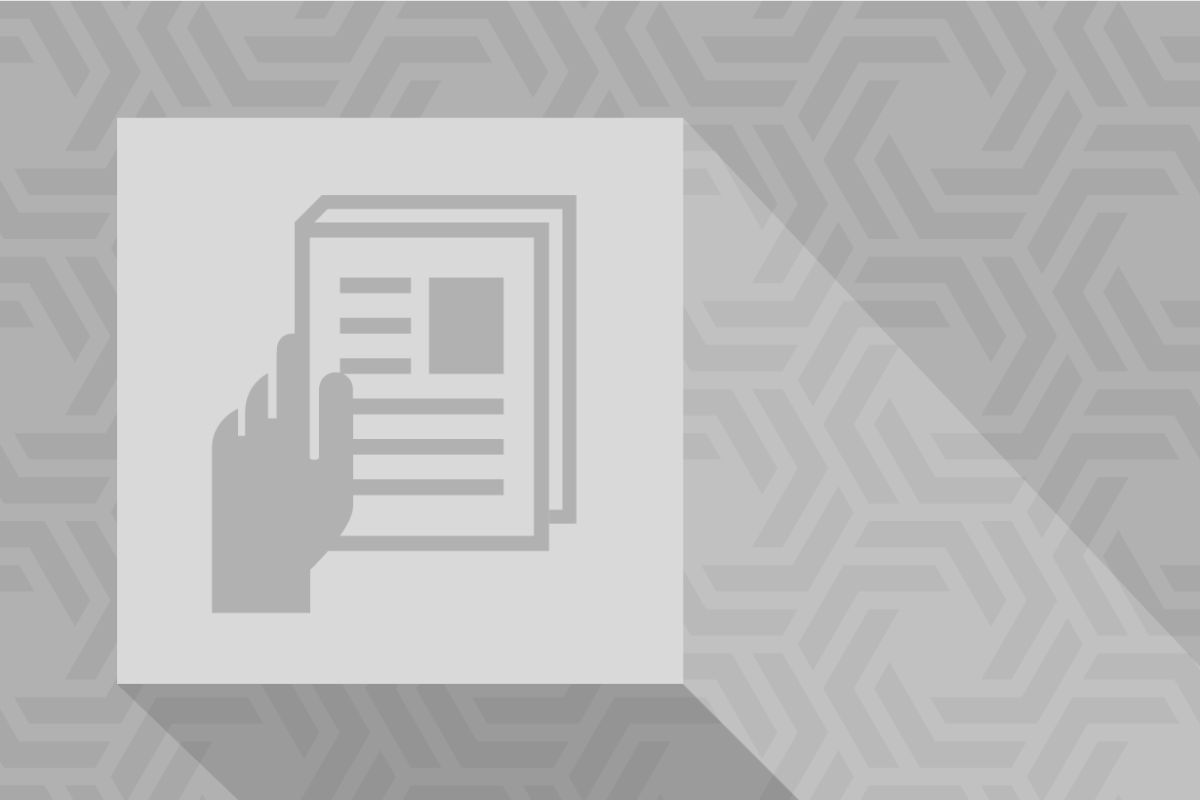 As a new organization devoted to connecting and supporting the emergent field of narrative change, we interviewed more than 100 thought leaders in the field. This report captures some of what we learned. 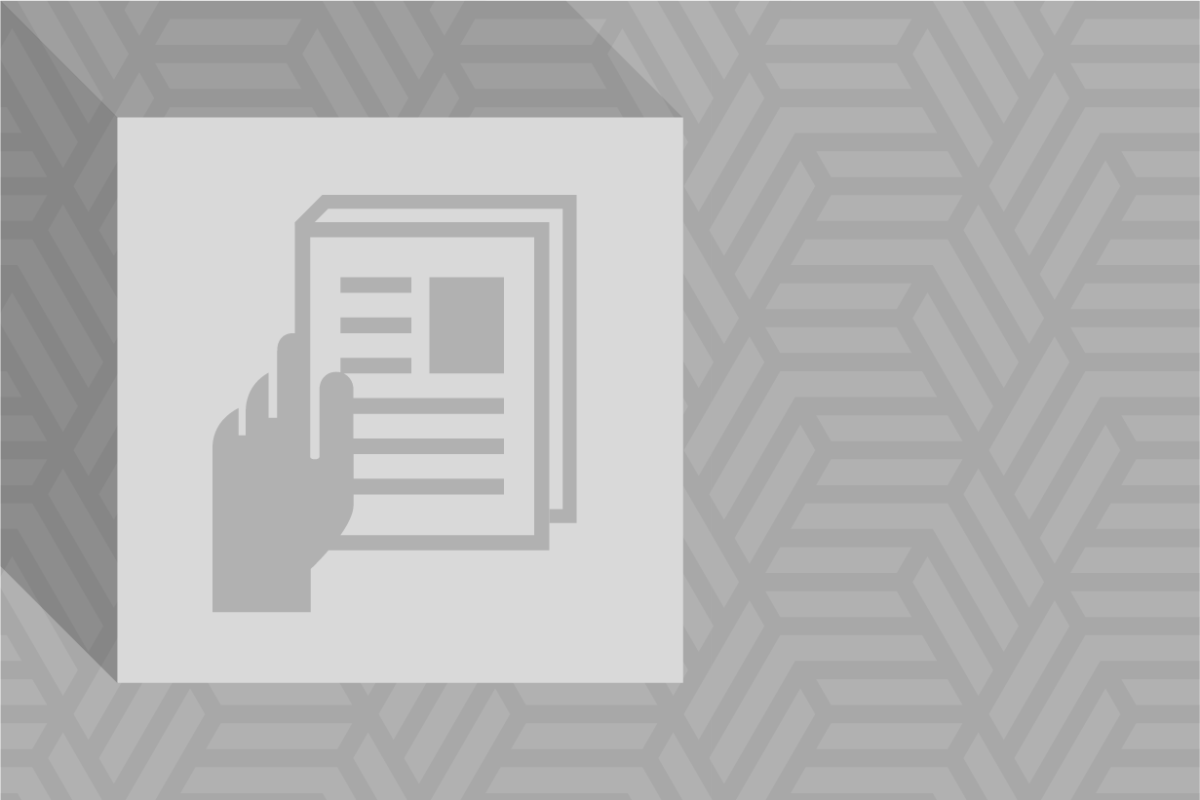 A report on Narrative Initiative’s state strategy to support emergent narrative change infrastructure in Minnesota that includes what we learned as well as recommendations for practitioners and funders.

Big ideas in your inbox