The voices missing from the abortion debate

The imminent repeal of Roe v. Wade has brought public narratives of motherhood and reproductive justice to the forefront. Each side has weaponized race to change public perception and influence policy. While poor people and birthing people of color face the most severe impacts of anti-abortion laws, including criminalization, the public face of reproductive care in America is still that of a non-religious, well-educated, cisgender white woman.

In reality, the lived experiences of people who seek abortion and reproductive health services are broad and deep, spanning race, class, gender, religion, ability, and more. According to the CDC’s data, women in their twenties account for the majority of abortions (56.9%). Most abortions occur before or right at 13 weeks (92.7%). While statistical data shows non-Hispanic Black women account for the largest percentage of all abortions (38.4%), the demographic breakdown hinges on a “Black or white” binary that obscures other ethnic and racial identities. Specifically, Asian Americans, Pacific Islanders, Alaskan Native, and other Indigenous groups are all grouped as “other” and are among the voices and experiences missing from the public conversation on reproductive justice. 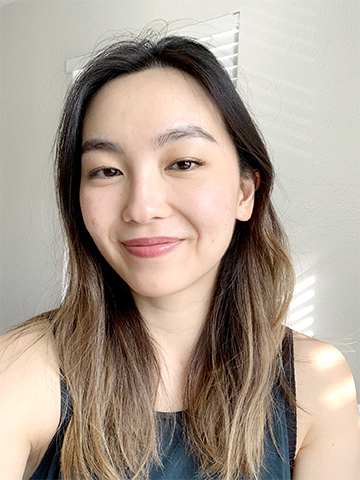 We Testify is a reproductive justice organization that works to normalize abortions and the people who have them. Their tag line is, “Everybody loves somebody who’s had an abortion.” As part of their work, We Testify “invests in abortion storytellers.” These storytellers cut across the identity spectrum and include people who are queer, disabled, people of color, conservative, from rural areas, immigrants and more.

We spoke to We Testify abortion storyteller Jeana Nam. A Texan of Korean descent, Jeana has strong Christian beliefs about her experience with abortion, reproductive care and why she values a future in which abortion and reproductive care are openly available to all. The interview has been condensed and edited for clarity.

Narrative Initiative: AAPI women are largely unrepresented in the numbers when it comes to the rates of abortion in the United States. And that goes back to the model minority mythology and that there needs to be better documentation because AAPI birthing people are being left out of the conversation. What is your take on that?

Narrative Initiative: In what way do you mean dehumanized?

Jeana Nam: Dehumanized as in not seen or treated as full human beings. Just kind of this faceless mask; treated as perpetual foreigners. I also just want to name the fact that there is so much diversity within the umbrella of AAPI, both in terms of ethnicity and identity, but also in socioeconomic class.

Narrative Initiative: When you mentioned dehumanized, I thought of a lot of the stereotypes, that are directed toward Asian-American women – being hyper-sexual or docile and being fetishized. There’s a way that plays a role in these reproductive justice spaces and narratives. Have you made that connection as well?

Jeana Nam: I have. That is something that comes up a lot, especially with the string of attacks on women in our community. I’ve been trying to make sense of why we have been the targets of these attacks, especially our elders. I think it’s because we’re seen as disposable. Again, we’re invisible and no one’s going to notice or care.

Narrative Initiative: You also mentioned stigma. What are some of the stigmas within your own community?

Narrative Initiative: In what ways have you seen that patriarchy show up that maybe made you feel silent or shame or stigmatized about discussing sex, sexual health, reproduction and sexuality?

Jeana Nam: I grew up quite religious, evangelical. I think that the intersection of Protestant evangelical Christianity and some of the more patriarchal aspects of Korean culture overlap in ways that keep women and girls from talking openly about our bodies. From feeling like we have autonomy and agency over what we do with our bodies and also just very restricting expectations around behavior, what is acceptable and what is not.

Narrative Initiative: So, coming from that background, how did you find yourself working at a reproductive health center that does medical abortion?

Jeana Nam: I had an abortion myself when I was in college and in a lot of ways, I was really lucky and privileged to be able to access the care that I needed in a timely manner. I lived within 10 minutes of an abortion provider and despite my insurance not covering the cost of the procedure my partner at the time and I were able to cover the cost.

Even so, it was still so much more difficult and stressful than it really needed to be. This was healthcare that I needed and there were just all these barriers, all this stigma that I had to deal with and so that experience…made me want to change that.

So, I started volunteering for an organization called Clinic Access Support Network in Houston that provided free transportation to people who needed to get to and from their abortion appointments. And then through that work, I started working at that same clinic that I had been a patient at, a year prior, as a patient counselor.

I’m currently in grad school to pursue a career in mental health counseling. But I am working at a different clinic that provides medication abortions. That work right now feels really meaningful and important to me. [It’s been] eight or nine months since SB8 [a bill that bans abortions at 8 weeks] went into effect here in Texas; I wouldn’t want to be doing anything else right now.

I also don’t want anyone to be shamed by their faith community. I don’t want anyone to feel religious guilt about their abortion or any of their reproductive decisions or experiences. I think that faith and religion should be a source of support and love and liberation not shame.

Narrative Initiative: When you found out that you were pregnant and decided to seek an abortion, what feelings came up? How did stigma and shame show up? And how did you feel after the procedure?

Jeana Nam: I knew right away when I found out I was pregnant, that I was going to have an abortion. I knew – to the core of my being – that I was not ready to become a parent. I was dealing with some pretty intense mental health issues and I was trying to finish school and I was having a hard time taking care of myself. How was I going to be able to take care of a whole child! I just wasn’t ready.

I felt very confident in my decision. However, I was very aware of how my faith community viewed abortion and I was really afraid of how the people in my life would see me and feel about me.

After my abortion, I felt so relieved, but I still felt pretty sad at the same time. I kept my abortion to myself for the most part and that felt really isolating. I felt at peace with my decision, but I did not feel at peace with the people around me, even though they didn’t know.

In the months afterward, I started to open up more about my abortion. I talked to my therapist about it. She really helped normalize those feelings for me and affirmed my decision and that helped me feel safe in telling other people in my life that I knew cared about me and I was surprised to find that.

Jeana Nam: I took my faith very seriously growing up and in college at the time I had my abortion my church community was really important to me. But once I started my reproductive justice work, those values became really central to my identity and I wasn’t quite sure how my faith fit into all that. In recent years, I have found a church community that shares my values and that’s felt really meaningful to me.

Whenever I talk about my abortion I am also talking about my faith journey and how those two things have intertwined in my life. I want people to know that they are not at odds. My faith drives and informs why I do this work. The values that my evangelical upbringing instilled in me, like compassion and social justice, although the church that I grew up in talked about them in a very different way, but just the idea of helping folks that are marginalized and oppressed, I internalize those things in the abstract through my evangelical church upbringing.

I also don’t want anyone to be shamed by their faith community. I don’t want anyone to feel religious guilt about their abortion or any of their reproductive decisions or experiences. I think that faith and religion should be a source of support and love and liberation not shame.

I also felt compelled to share my story as an AAPI woman, as a person of faith, as a Christian, as a person who had an abortion as a young person, someone who had her abortion in the south; like all of these experiences and identities I think are ones that have been left out of the conversation.

Narrative Initiative: What has your work been like with you trying to provide abortion access in a climate where it’s so antagonistic and combative?

Jeana Nam: The state has now imposed this artificial sense of urgency around making that decision. Normally, you find out you’re pregnant and if you aren’t sure whether or not you want to continue the pregnancy or you have negative feelings about continuing the pregnancy you had time before SB8 went into effect.

Now the state has told our patients basically it’s now or never. Either you decide right now or you’re not going to be able to get the care you need. People are coming to us freaking out and it’s just the hostile climate that we’re working in.

Narrative Initiative: Why did you want to become an abortion storyteller with We Testify?

Jeana Nam: I wanted to share my abortion story because I think that the more people talking about their abortions the better because if we don’t tell the truth about our abortions other people will get to decide what abortion means.

I also felt compelled to share my story as an AAPI woman, as a person of faith, as a Christian, as a person who had an abortion as a young person, someone who had her abortion in the south; like all of these experiences and identities I think are ones that have been left out of the conversation.

I also just want other AAPI women and girls and people who have, or need abortions to know that they’re not alone. When I had my abortion, I legit thought that I was the only one. The only Korean person, the only Christian and that was absolutely not true. In the clinic every day, I see AAPI people who need abortion care of all different ages, immigration statuses and class and. I just want our communities to know that we need this care and that we show up for each other.

That’s why I share my story. Everyone loves someone who’s had an abortion.

Top photo: A sign held at demonstration in front of the U.S. Supreme Court on May 3, 2022. The sign says “Abortion Bans are Racist Classist Sexist Dangerous.” Photo by Janni Rye via Wikimedia Commons.