Recognition and invisibility: A conversation with Panthea Lee about AAPI narratives

May is AAPI Heritage Month and we are speaking with women who live, see and share the narrative power of Asian Americans. Last week we shared a conversation with Jeana Nam, a Korean-American woman in Texas who has shared her abortion story through We Testify and supports women seeking medical abortions in the Houston area. 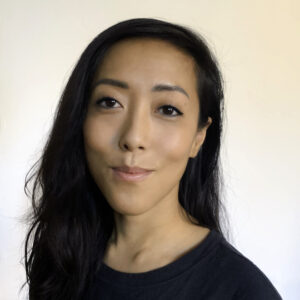 Today we share a conversation with Panthea Lee. Panthea is a strategist, curator, facilitator, and mediator working for structural justice and collective liberation. She builds and supports coalitions of community leaders, artists, healers, activists, and institutions to win dignity and joy for all. Panthea currently serves as the Executive Director of Reboot, and as a fellow at the Stanford Digital Civil Society Lab and at Arizona State University’s Center for Science and Imagination.

Earlier this year Panthea wrote about the roots of anti-Asian violence in a conversation with New York City public defender Jason Wu. She also wrote Sex, Death, and Empire: The Roots of Violence Against Asian Women after the February murder of Christina Yuna Lee.

Panthea is also a member of the 2022 Changemaker Authors Cohort, a Narrative Initiative collaboration with Unicorn Authors Club that supports movement activists who are turning stories into published books and other works.

Narrative Initiative: What narratives, particularly those that impact AAPI communities, are you contending with?

Panthea Lee: We’re currently seeing a massive fight over the story of America, and who gets to shape the story into the future. Efforts like The 1619 Project and debates over critical race theory have forced a cultural reckoning with the violence and oppression that enabled and sustain this nation. Attacks on communities of color, through policing and voter suppression, for example, are attacks on democracy itself. We’re seeing increased coordination among a plutocratic, authoritarian faction to preserve their power, and their refusal to disavow white supremacist shooters

With anti-Asian violence, we’ve seen a massive surge in the last two years. But conversation around the drivers of this violence are largely ahistorical: folks blame Trump’s xenophobic rhetoric, politicians point the finger at mental illness, but the reality is that anti-Asian sentiments have long existed. Fear mongering against racialized communities is as old as America itself.

Legacies of vilification such as Yellow Peril, which started in Germany, have long been used to justify Western imperialism and U.S. wars abroad. We see descendants of this belief—that hordes of yellow people are going to overtake white people—in The Great Replacement theory, which mass shooters are citing to justify attacks against communities of color. We need to pay attention to the narrative, rhetorical, and cultural moves being used to pit us against one another—and to challenge them.

We need to pay attention to the narrative, rhetorical, and cultural moves being used to pit us against one another—and to challenge them.

Narrative Initiative: Both pieces you wrote beautifully lay out the larger context that’s animating violence against Asian communities. On a personal level, how has this context changed you in the past few years? How did you arrive at writing this piece?

Panthea Lee: I didn’t set out to write this piece. I started my career as a journalist based in Asia working across the region. When I moved to the U.S. in 2009, I thought I’d left that behind. I was tired of writing about injustices and wanted to “do” something about them. So I moved into advocacy, policy, and other work, but with the same goal: to center communities most marginalized in decisions that impact their lives. But instead of articles, my outputs became campaign strategies, program designs, policy memos—yet with a continued focus on global solidarity and the majority world.

The last two years of attacks against our elders really shook me. I felt that, in every culture, we respect elders. Even among gangs, we know not to touch elders. Then when an 89-year-old Asian elder was set on fire in Brooklyn, I thought, What is this? Why do they think this is okay? The only answer I could come up with was this was the result of long histories of state-sanctioned, Hollywood-aided dehumanization necessary to justify the US led wars in Asia.

Some nonprofit responses, like self-defense classes, left me dumbfounded. Surely, given this weight and history of institutional violence, we deserve more than scrambling for personal responses for our safety. I don’t want to teach my 68-year-old dad how to do a heel palm strike; that can’t be the only way. That has been simmering with me.

When Christina Yuna Lee was murdered, I realized that the day before, I’d walked right by her apartment. That was chilling. Media coverage focused on the gruesome details of her death, but I wanted to understand her life. I read everything I could read, I scoured social media for friends’ tributes, I watched security videos of her final moments over and over just to see her. I didn’t want her to be remembered as another dead Asian woman. The details of her life I found were so beautiful, I wanted to find out more. So, I collected what I found into an Instagram post and, the next day, my neighbor commented and said we’d actually met—I then realize I had a video from that night. The full story is in the piece, but basically, that’s how I came to write it. There was a larger story that I felt needed to be told.

I’m not a morning person, but every day I was working on this, my body would wake up at 7 am. No foggy morning brain, I was very clear. It was as if my body knew what I needed to do.

Narrative Initiative: There’s the broader phenomenon of trying to process impossible forms of grief through the internet. We’re given access to things we never would have had access to before, but we don’t have a vocabulary to reckon with the emotional impact of all this information. Before this interview, I’d been reading essays from Minor Feelings by Cathy Park Hong. There’s a narrative that comes up, when we talk about Asian American communities, in particular, around invisibility, that says, “We’re not counted or really seen.” But, at the same time, to be targeted for specific kinds of violence is to be visible. I’m trying to make sense of that in the context of your piece, where there is this painful moment of recognition.

It made no sense to me that our deaths were so visible, so grisly, but that our pain and our responses—the beeper you keep in your coat pocket—were so invisible.

Panthea Lee: After Christina’s death I heard other Asian women say, “but she did everything right. She took a car home, not the subway.” And I thought, how small must we make ourselves, how vigilant must we be? Folks were starting to share advice on where to buy mace and coupon codes for personal safety alarms—VDAY15 for 15% off around Valentine’s Day!—and I just couldn’t process it. I understand the instinct and I’m not judging it, but should accept that we just have to fend for ourselves, we deserve structural justice. It made no sense to me that our deaths were so visible, so grisly, but that our pain and our responses—the beeper you keep in your coat pocket—were so invisible.

I’ve worked in nearly 40 countries, a lot of it in “international development,” whatever development means. When I came to the US, it really was with a mission of understanding how people here think about their power and privilege: the glittering skyline, the $16 cocktails, the fast fashion, the disposable everything—and the cost of it all. That is invisible to many, and intentionally so—it serves capitalism that we don’t think of the human suffering required for our lifestyle. But my homeland and the communities I work with have been devastated by Western greed and imperialism; I wanted to make that visible.

I wanted to tell this larger political and cultural history, but I also wanted to be very careful about not making connections that weren’t there. Throughout writing this piece, I kept asking myself: If Christina’s family were to read this, how would they feel? Would they be okay about it? I asked The Nation team to read with that in mind, too. I think human stories help provide an entry point to larger dynamics, but we need to be sensitive in how we care for them.

Narrative Initiative: What narratives is your work trying to advance? Finally, what writers and artists have shifted your understanding of your identity and place in the world?

Panthea Lee: I’m writing to expand our imagination around what is possible, what we deserve, and what positive visions of the future look like—and I think that starts by understanding how we got to where we are. We’ve gotten very good at saying what we don’t want, but we’re often not great at building movements around what we do want. This is why I included an interview with Jason Wu, a public defender with the Harlem Community Law Office of the Legal Aid Society. In the interview, he challenges our current understanding of justice and offers a vision of an abolitionist future rooted in care.

Many first generation immigrants, like myself, learn to minimize our own histories and to conform; I’m in the process of trying to reclaim and excavate my ancestral wisdom. I learn from writers like K-Ming Chang and Shawna Yang Ryan, who pay tribute to the traditions and beauty of Taiwan, and like Viet Nguyen and Ocean Vuong who bring history to the present and show us the poetry of our lineages. I’m grateful for voices like George Kerr, a former State Department diplomat who was an eyewitness to 228 massacre in 1947, which he recounts in Formosa Betrayed. No one in the US wanted to publish it, but he fought hard for the truth to be told. The book was banned in Taiwan during our White Terror period, but has since become seminal for citizens’ understanding of our own country, and for activists. Sociologists like Ming-sho Ho are bearing witness and documenting change as it happens,

And Cathy Park Hong’s Minor Feelings is amazing. I had the great honor of taking a workshop with her on documentary poetics. For an afternoon, a room of writers and poets debated the politics and ethics of witnessing and what it means to tell one another’s stories—it was a more nuanced, rigorous discussion than I’d seen in 15 years of working the democracy and development space. On questions of morality, we must learn from our poets.