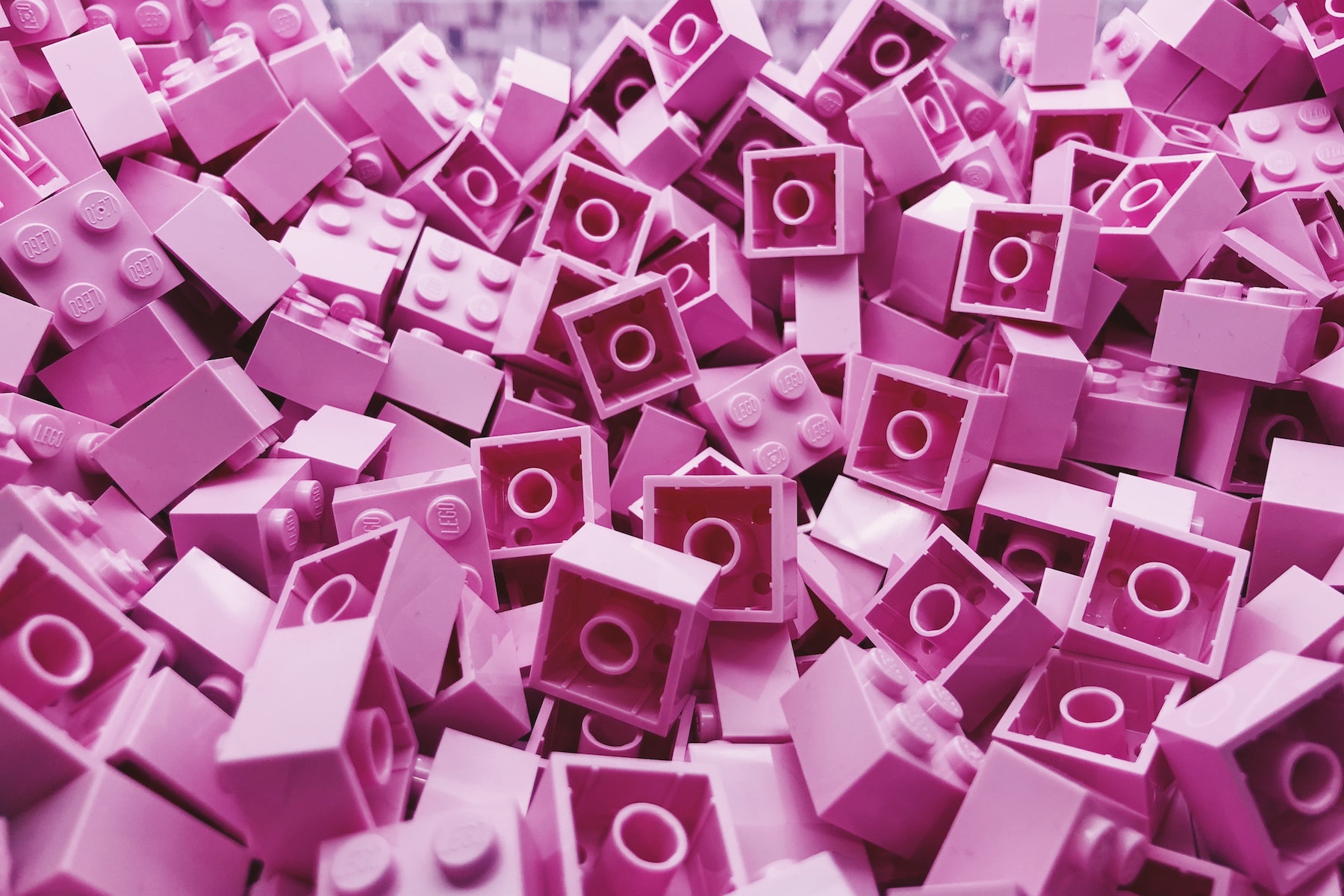 How platforms and visuals shape narrative: A conversation with Cayden Mak

Cayden Mak, executive director of 18 Million Rising, joined us last September at Start Making Sense: A working convening on Technologies for Narrative Change. We caught up with Cayden later in the fall to dig into ideas around defining how technology shapes audience interaction with narrative and what 18 Million Rising is learning about visual narrative.

“For us, the technology is really just infrastructure for being in community.”

Cayden Mak is the Executive Director of 18 Million Rising.

Narrative Initiative: At the Narrative Tech convening you spoke about narrative in the context of community and relationship building. Can you say a little more about how 18 Million Rising thinks about technology as part of narrative?

Cayden Mak: Our organizing is about making Asian American a political identity. We want to create and deepen a sense of shared identity. We think about duration and depth, not breadth which is so often how people talk about technology.

Think about the old internet: you could go deep without being exposed. The internet started as a way of building relationships. It’s what we did on message boards and email lists.

By going deep we’re helping people situate themselves in a narrative framework.

NI: How do you use technology to define or measure that framework and the who/how of being in it?

CM: We tested – and retested – to winnow down our target audience for this framework. We’ve gone from Asian American generally to young people who are in a one and half generation band. Our content is sharper and our analysis is stronger.

It feels like we found a lever that moves the broader Asian American community. By going deep with this group of people and not really worrying about what people outside of that segment thinks we’ve tapped something very powerful.

One of the things that we hear frequently from people is that 18 Million Rising is the first organization that they feel like they belonged to.

CM: A lot of our growth is coming from Instagram, a platform that still retains some of its character as a place for artists and creators.

But the question I’m really interested in, especially when we talk about things like visual culture and social media platforms, is “how is visual culture being shaped by that platform?”

What I want our team (and the social change sector) to explore and better understand is how tech decisions shape platforms where we communicate, interact, meet and live much of our lives. Are commercial platforms shaping larger cultural behaviors? I think so and this seems important to anyone working in culture change and narrative.

I think we, at 18 Million Rising, are trying hard – and succeeding at times – to understand how people use the internet. That includes how individuals orient to technology. But it also means the ways technology shapes popular and visual culture. I don’t know that I, or the sector, have all the words for this but there are ways in which  our visual culture, which is largely built on tech platforms now, informs narratives.

I’d be curious to have conversations in movement oriented settings about how these platforms and their demands of us shape the way that we relate to visual culture.

NI: I was intrigued hearing you speak about the 18 Million Rising brand guide at a “tech” event. One doesn’t necessarily think about brand guide and design as “technology.”

CM: A lot of 18 Million Rising staff have design backgrounds. This shapes how we approach and interpret the technology used to create, distribute and measure narrative.

I care about how the thing makes you feel and if it feels good then let’s do it. If it feels bad, don’t do it.

Also, a lot of our early campaign staff came from other campaigning groups. One of the things I learned from people who worked with, for example, MoveOn in its early days, is that people didn’t trust them when their messaging was too designed. People thought something that looked good must have money behind it. It wasn’t authentic.

This isn’t the case for younger people, at least our audience. We actually expect things to be really designed.

NI: The brand guide is very driven by your goals. But it doesn’t force goals onto a platform. It demands that your team understand how a platform works. A platform is technology so you’re talking about staff having a deep understanding of the relationship between messaging, audience and technology.

CM: I care about how the thing makes you feel and if it feels good then let’s do it. If it feels bad, don’t do it. So how do visuals (and other messaging we can use) make people feel? And how do we use and interpret tech to answer that question? But it just seems like the research isn’t as developed around how we understand our relationship to images. And the tools reflect that lack of understanding.

I think we have a really sophisticated understanding, especially in campaigning, about how people use the written word to move others. Whether it’s writing email headlines that get people to open emails or whatever. But it just seems like the research isn’t as developed around how we understand our relationship to images. And the tools reflect that lack of understanding.

NI: We talked a lot at the Narrative Tech convening about tools. A lot of the tools out there and what advocates are testing and investing in have to do with measuring narrative. There are big complex systems like Crimson Hexagon and Nexalogy. But can visual narrative fit into these tools? How does visual narrative and narrative tech fit together?

CM: It seems a little extreme to call it this but it feels a little bit like magic. You need to be fluent in so many different kinds of language to do this well. Right? You need to be able to code switch between them [text and visual] in meaningful ways that understand the different registers on which people respond to images both intellectually and emotionally.

I think we have a really sophisticated understanding, especially in campaigning, about how people use the written word to move others. Whether it’s writing email headlines that get people to open emails or whatever.

But it seems like the research isn’t as developed around how we understand our relationship to images. And the tools reflect that lack of understanding.

To me it’s so emotional. What’s exciting to me about it is that it’s hard to articulate. There’s a part of my brain that’s very satisfied with the numinous nature of our relationship to visual culture. That’s why I like visual cultures. So much is communicated very quickly. That is both happening in your conscious and subconscious minds. Relating to that in a very principled way is quite hard.

It’s easy to say we don’t talk about undocumented immigrants as illegal. But how do we know how if or how we’re doing basically the same kind of thing in terms of visual representation of immigrants?

It’s a lot harder translating the basics of that to an Instagram world. I don’t really know how I figured this out myself. I have this academic training in film and media analysis and Marxist technology studies. But sometimes I feel kind of like a savant, you know. I’m just kind of like, “Oh, this works.”

The emotional labor of narrative change

NI: Technology only gets us as far as our imagination and skills take it. That goes for narrative change work, too. A lot depends on the people using the tools. Can you tell us about the people on your team? What kind of background do they have? What do you each depend on one another to do when it comes to creating, moving and measuring narrative change?

CM: We have a team that bridges arts and tech boundaries. It’s a pretty flat setup. I don’t think it would be possible to do what we do with a different organizational structure.

We had a call with a funder yesterday. There were four of us from 18 Million Rising on the call. We have a head of product and a social media organizer who, in another organization, would probably be considered a junior role. But on the call I found myself having the two of them pass to each other. It was so interesting because we have a team of people who think very deep thoughts about doing job activities that to others seem sort of mechanistic or simplistic and sort of quotidian. But we empower them to have big ideas about the work they’re doing.

NI: Where does measurement and data fit in?

CM: I don’t know how to teach all this so I’m inviting the social media organizer to wax philosophical about why this stuff works. We give them the time, space and permission to think deeply. It’s part of the organizational culture. At least as much as the data and tech.

This is about moving people in ways that make cultures and narratives change. It’s not about hitting engagement benchmarks. It’s “how do I make people feel a thing by sharing things that make me feel effective?” This is, I believe, very deep emotional labor. You need to be moved by it so you can feel and understand, at least a little, about how others are moved and where it is you’re trying to take people.