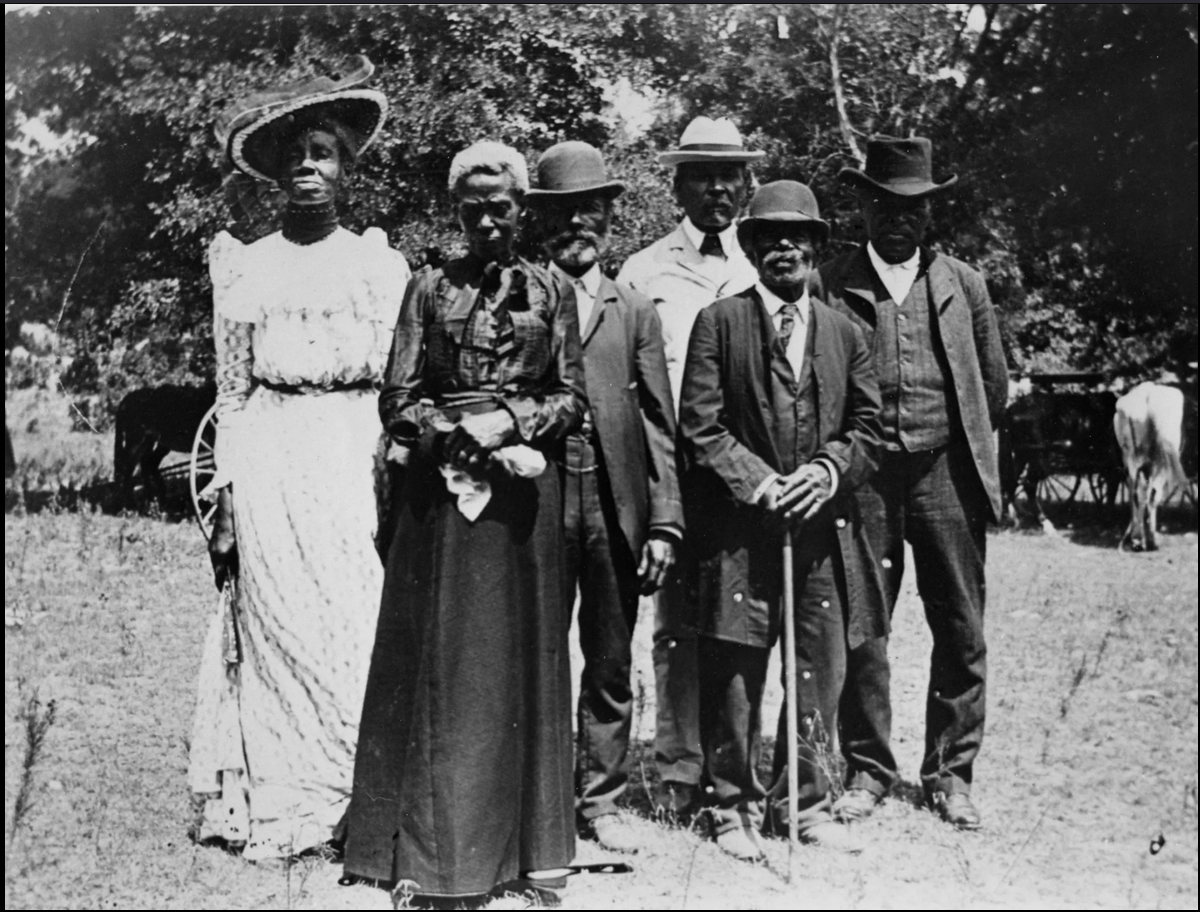 Moving Beyond “Making The Case”: How We Build Narrative Power For Reparations

(This is part 1 of a 2 part series between Liberation Ventures and Narrative Initiative on narrative change and reparations.)

“The world has never seen any people turned loose to such destitution as were the four million slaves of the South. They were free without roofs to cover them, or bread to eat, or land to cultivate, and as a consequence died in such numbers as to awaken the hopes of their enemies that they would soon disappear.” -Frederick Douglass

Last year, Congress passed legislation to make June 19th, a day historically known as Juneteenth, a national holiday. The portmanteau of “June” and “nineteenth” rose to significance, particularly in Texas, as it marks the day a Union General named Gordon Granger arrived at the Port of Galveston, Texas, to announce that the 250,000 enslaved Black people living there were, in fact, free from bondage.

Henry Louis Gates Jr. notes that enslavers often waited until after the harvest to inform those enslaved that they could no longer be legally held in bondage. For those in Texas, this knowledge came two-and-a-half years after the signing of the Emancipation Proclamation and two months after the end of the Civil War. While various cities, states, and countries have their own unique days dedicated to the emancipation of slavery, Juneteenth rose to prominence because Texas was the last state of the Confederacy to deliver this announcement.

Political leaders recognized that laws had to be passed to reconstruct society to reestablish governance over the former Confederate states, and integrate the millions of recently freed Black people. For the 4 million recently liberated Black people, the idea of freedom carried with it the promise of repair. Juneteenth and other Emancipation Days, from the beginning, did not only celebrate the abolition of chattel slavery; they invoked the promise of reparations.

In 1865, immediately after the Civil War, Congress established The Bureau of Refugees, Freedmen, and Abandoned Lands, now popularly known as the Freedmen’s Bureau, which was tasked with providing “food, shelter, clothing, medical services, and land to newly freed African Americans.” For the formerly enslaved, freedom did not simply mean freedom from bondage, but economic freedom and power, which lent itself to loud calls for land ownership.

This promise was never fulfilled.

After Abraham Lincoln’s assassination, President Andrew Johnson overturned Field Order No. 15, and as historian Barton Myers notes, “returned the land to “the very people who had declared war on the United States of America.”

While momentum has ebbed and flowed over the years, powerful narrative pieces, such as The Case for Reparations’ and the 1619 Project, brought reparations, once again, into the public conversation. In 2020, during the Democratic Presidential debates, each candidate was asked about their position on reparations while, H.R. 40, the congressional bill dedicated to studying and developing reparations proposals, made its way out of the House Judiciary Committee for the first time ever.

The case has been made and reparations are no longer seen as a radical idea, particularly in progressive spaces. Now is the time to focus on how we might build power to push for policy changes and make reparations a reality.

Our demand must be clear, specific, and detailed – and will require changing the deeply entrenched narratives that are core to the American story. Given this, there are three key questions that we should be asking ourselves:

At Liberation Ventures, we define narrative power as the ability to tell stories that shift mental models and cultural norms. Building this power will only be possible with a strong, cohesive, and aligned social movement through strategic storytelling. Experts argue that for a story to be accepted in the world, it must affirm, not negate, the self-conceptions that audience members hold of themselves. In our view, the United States has yet to live up to its ideals as a multiracial democracy. How can we bring this narrative into the public conversation and create an environment where the majority of the Americans see themselves in this movement?

The fight for reparations is one of the toughest narrative challenges of our time. We’ll need to shift narratives about the nature of repair and agree on an alternative future while centering Black people throughout the process.  This will require a robust narrative infrastructure, which the Othering and Belonging Institute describes as “the resources, networks, and tools available to develop, create, implement and distribute narrative and storytelling so that it reaches public audiences.”

As a field builder focused on supporting organizations advancing truth, reconciliation, and reparations, Liberation Ventures is co-creating this infrastructure through an initiative called “The Reparations Narrative Lab.’ We hope to facilitate cohesion around a collection of core narratives and generate opportunities for narrative interventions while building narrative power that shifts dominant mental models around race.

Juneteenth is one of the most critical narrative interventions in the fight for racial justice. Year after year, it invites us to transform our collective understanding of “the aftereffects” of slavery and the broken promises of reconstruction. The Reparations Narrative Lab hopes to contribute to this transformation and seed a new narrative: that reparations are crucial to building a true multiracial democracy.