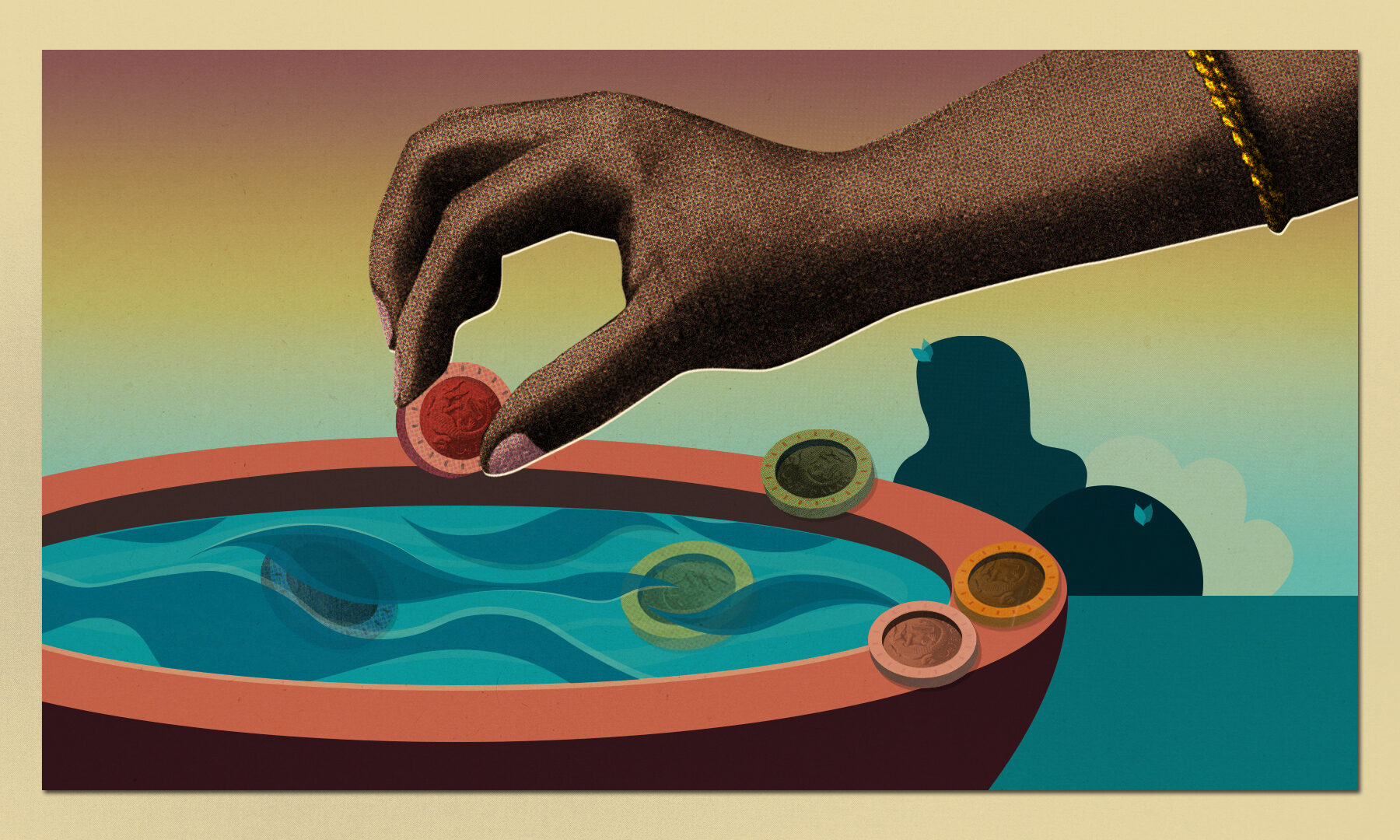 Adam Nyang is a Gambian who recently completed her Bachelor’s degree in English Studies. She has always been passionate about storytelling and reading, and recently published a romance novel called Betting on Love under the pen-name Kani Sey with Love Africa Press. Her short story, Faroh, was longlisted for the 2021 K & L Prize. Adam’s project with the Changemaker Authors Cohort is a psychological realism novel that will depict youth, sexual awakening, desire, friendship and family.

This interview has been edited and condensed for clarity.

Narrative Initiative: So Adam, can you tell me a little bit about your book project? I know you’re doing a novel. So can you tell me the name of it and what you’re going to be talking about in your novel? 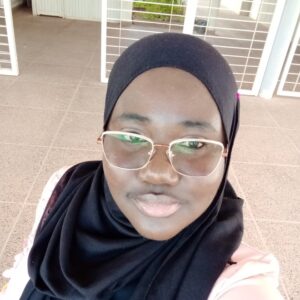 Adam Nyang: Chasing Rainbows. That’s the tentative title for now, but it might change. It’s psychological realism. The novel is going to center around the undiagnosed period of a character named Penda, who has bipolar disorder. It’s very chaotic. It’s going to feature how she handles that period of being bipolar and being undiagnosed and to where she hits rock bottom and falls into a very bad depressive episode. [She nearly] commits suicide, but from there she gets diagnosed . . . and then she ultimately finds coping mechanisms to deal with the illness.

Narrative Initiative: By writing about bipolar illness in this way, what narratives do you hope to shift about mental health in The Gambia, where you are, and world?

Adam Nyang: I have bipolar disorder myself. So this is a novel that is very close to heart because my symptoms started manifesting when I was 17 years old. I was in the 11th grade and I did not get diagnosed until [I was ] 20 . . . until I traveled out of the Gambia—out of my country—to Morocco. That’s where I got diagnosed. So, imagine: from 2017 to 2019 my life was basically hell. My parents used to take me from hospital to hospital . . . and every doctor we met would say that nothing was wrong with me. [And] none of them said, “Okay, well, maybe if nothing is wrong with you physically, maybe the problem is mental. Let me refer you to a psychiatrist.” None of them did that. So it means that our psychiatry and our health system here is very poorly equipped to deal with people with mental illnesses.

There are also so many supernatural connotations that are attached to mental illnesses in my country and specifically in The Gambia and in Africa at large. Basically, when you have a mental illness, most of the time, they will tell you that it’s a supernatural illness. You have probably a dream husband or a spiritual husband. That is the reason why you are behaving the way you are. So this is the narrative that I hope to shift with my book and just let people see that [mental illness] has nothing to do with the supernatural. It has nothing to do with this. It’s an illness just like any other illness. It just happens to be mental.

Narrative Initiative: When you were trying to get diagnosed and people kept attributing it to the supernatural and weren’t taking it seriously as an illness, how did that affect you?

I really count myself lucky that I got a scholarship to travel to Morocco and then from there I got diagnosed because I feel that if I had stayed in The Gambia and continued with the way that things were going . . . I had no medication. I had no therapy. I had absolutely no support. . . So, being told that it was something supernatural just made me feel really, really bad about myself. And I was like, Okay, what exactly is wrong with me? I had no idea what was going on. So, it was a very trying time to be sure.

Narrative Initiative: So by translating this experience – being diagnosed bipolar in your teenage years and all the unknowing that you had to go through before you were able to even get a diagnosis – into a novel, what do you want readers to take away?

Adam Nyang: I would like be able to help other people who are going through maybe the same thing that I am going through.  I feel that, in The Gambia and then in Africa at large or even in the wider world, many people are walking around with undiagnosed mental illness. They have absolutely no idea what the problem is. And it’s a very chaotic time in your life where you have no control [and] you have no idea what’s going on. So I would like this book to educate people. Mental illness is real; mental illness is happening. Hopefully, [it can] serve as a guide to others who may be going through the same thing that I went through. It might help them get to the stage where they can actually be diagnosed.

Also, if they have like a family member who is going through something like that, the book may resonate and might [encourage] people to find support systems. [When you] have a mental illness that is as serious as bipolar, it’s important for you to have a support system around that will help you cope with the highs and lows of the illness itself.

Narrative Initiative: How do you cope with the highs and lows of the illness itself?

Adam Nyang: Since I’ve been diagnosed, it has been different because I have my medication that I take every day—they have their own side effects, but that’s a story for another time. But I have my medication and I have my family. This is like a support system, family and then some friends. I exercise [and] exercise is good, especially for the anxiety, and then basically I just trying to stay as present in the moment as possible, which is what helps me get through the darker days;  despite the fact that I’m on medication, the episodes still come and go. Like money comes and goes, the depression comes and goes, so I still have to manage [the episodes]. When I have a depressive episode I try to be as kind to myself as possible. I understand that I can’t function as well, which means I need to be kind to myself, and then just allow this episode to pass through. So, I will take time off and I will watch movies. Watching movies serves as an escape, mostly. If I have a manic episode I will try to do as much writing as possible. It helps [because the mania] makes it very difficult to eat or sleep because you are very hyper. I still managed to find ways to cope with it.

Narrative Initiative: And your book also details you say sexual awakening. Why was that important for you to include in the story about mental health as well?

Narrative Initiative: And how has your own faith and faith journey and exploration of your own sexuality influenced this part of the story for Penda?

Adam Nyang: When I traveled and I met some of these young men from other countries, I had these relationships and then kind of learned a lot about myself in the process [and] my sexuality and and all of these things. So, I’m inspired to write about Penda’s journey, taking some of it from my own life. Just before I traveled there were certain things that I’m sure that I would not have done or would not have engaged in when I was still in The Gambia. I felt that I had to be a certain way because of the family I came from and the pressure that they put on me. But coming into Morocco to study and live gave me a sense of freedom to just be myself, and realize that it is actually okay to to explore as a young woman. There is actually nothing wrong with that. I had that freedom and it helped me a lot to develop my sexual identity and I think the same will also happen for Penda in the book.

Narrative Initiative: Is there anything else about your novel or your work around mental health and organizing that you want people to know?

Adam Nyang: I would just like people to know that  despite the fact that it is not easy living with bipolar disorder; even when you are diagnosed, even when you have medication, it is still a very hard life. The episodes still keep coming; it is a progressive illness. The medication itself has some side effects that make life difficult. So if you have a daughter or a son or a friend or family member who maybe has bipolar disorder or some other kind of mental illness, they need a support system that will help them cope well.