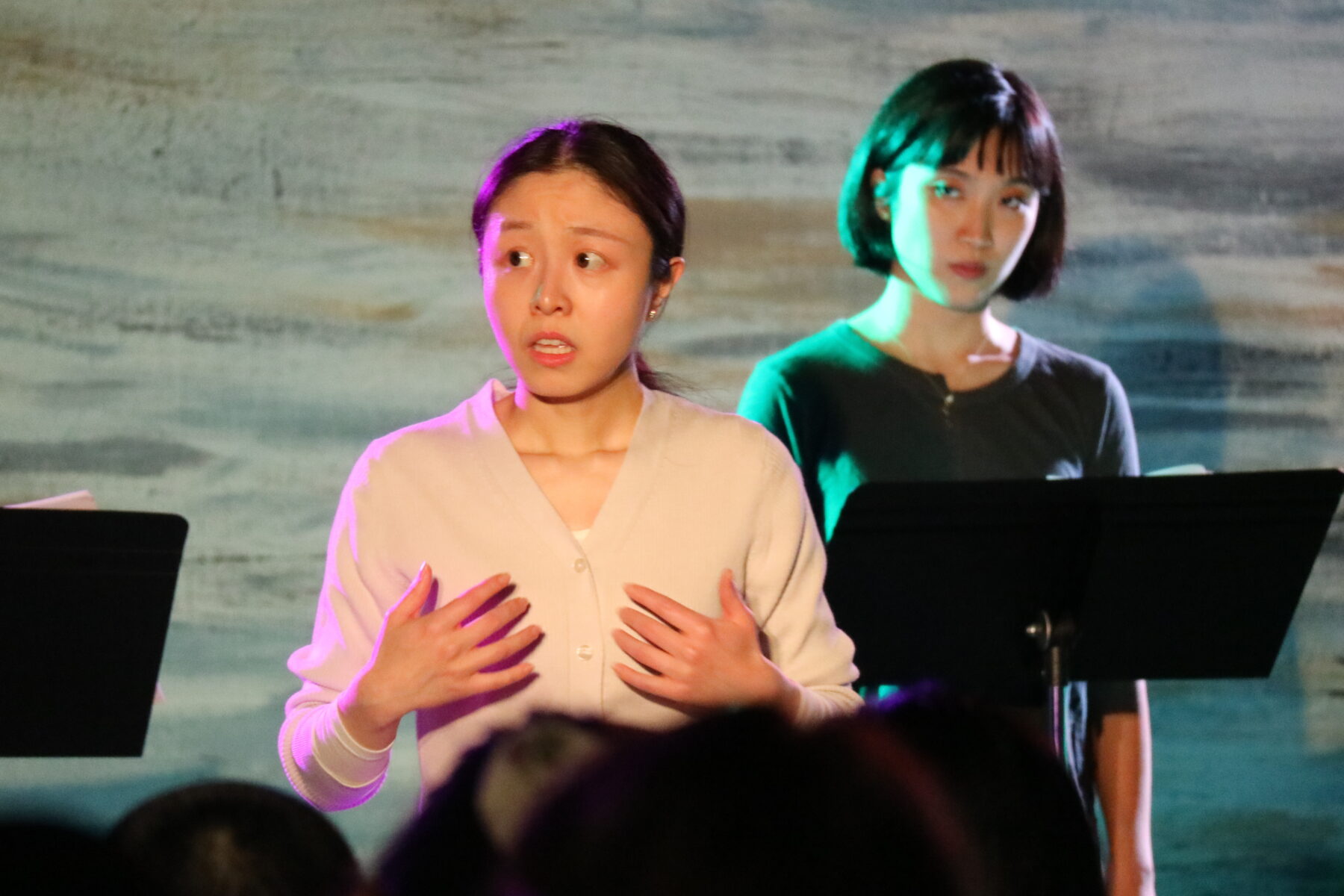 From creating a show about Asian women in America in a small New York City theater to producing TV episodes for Patriot Act with Hasan Minhaj, I’ve always worked at the intersection of storytelling and impact. But, I yearned to be in community with other creators to think through persistent questions: How does narrative change actually happen? How does the genre of media or platform affect its impact? What does narrative change really entail?

So, I was delighted to participate in Narrative Initiative’s AAPI Narrative Studio – an experimental program that brought together fifteen AAPI organizers and cultural workers to support narrative change projects on AAPI experiences and communities. Notably, disrupting the “Model Minority Myth” narrative was a key focus. The “Model Minority” narrative is a “deep narrative” –  one that has framed media and storytelling, resource allocations, and our civic infrastructure for nearly 60 years. Harmony Labs, a media research studio that has been supporting storytellers for more than a decade, was on hand with their audience-centered narrative research and to test content for narrative effects.

From the first session, the energy was infectious. The Studio brought together an eclectic group, from a professor working on pedagogy that centers Pacific Islander history to organizers working on the future of post-9/11 Muslim organizing to a media strategist brainstorming ways to gain support for legislation, all in the same Zoom room. We all acknowledged the uniqueness of this opportunity.

One of our first discussions surfaced how not all AAPI identities map onto the Model Minority Myth. We discussed how the importance of unity in our struggle for equity while acknowledging our specific differences and historical experiences. Given that AAPI Spaces frequently center East Asian perspectives, I was happy to see a truly representative spectrum of identities in the room, and confront my own blind spots in AAPI issues.

Narrative Lab and Harmony Labs started off each session introducing their frameworks for understanding narrative change and research. Then, using the Harmony Lab’s data analysis tools, each participant was invited to test a content piece and assess how the content aligns with their impact goal. Here are my major takeaways:

Inspired by Shalom Schwartz’s work, Harmony Labs understands media audiences through four value segments across two axes: “me vs we” and “creativity vs safety.” The group “Don’t Tread On Me”, for example, is driven by leadership and a need to take action and survive, evidenced by their consumption of media like Yellowstone, Bourne, and Band of Brothers where protagonists operate as individuals and overcome tremendous challenges. These audience groups help us understand how people engage with media differently, and how affective art can be turned into effective change.

Narrative Initiative introduced another way of segmenting out your media’s audience: opponents (to persuade), supporters (who will help achieve your goal), targets (eg: legislators to help move policy), and constituencies (groups you identify – or who identify themselves – as having stakes in your narrative, who are the ones affected by the issue).

For Harmony Labs,  the somewhat nebulous term that is “narrative change” can be broken down into two types of interactions: engagement and persuasion. Engagement measures how many people click on the media included in the content test and watch it all the way through. Persuasion measures what happens after the media is experienced. Did the content move the needle on an idea? Did it convince the audience of something?

Both of these frameworks helped crystalize my prototype. I’d written a TV pilot inspired by the real events of the fake ICE university scandal that targeted Chinese and Indian immigrant students. I shared three different framings of the TV pilot. I also added an excerpt from my play ASCEND!: a dramatic monologue by an East Asian female character who describes the anguish of feeling excluded when Asian Americans respond to violent anti-Asian assaults with an “I Am An American” slogan.

My test included two statements: 1) All Asian people, irrespective of citizenship status, deserve the right to safety and a sense of belonging in America. 2) It’s reasonable for the US to prioritize citizens over immigrants. Harmony Labs sent out the content to a total of 5600 people online: 2350 were part of the baseline control, and 3250 people received one of my content pieces. After viewing the content, they were presented with a statement and asked their opinion of it.

The results were complex. The movement toward my intended narrative differed greatly by generations. While results, given the small sample size, for the under-35 audience were inconclusive, the over-35 year-old audience moved away from the target questions for all of the TV pitches.

For under-35-year-olds, the artist journey-related pitch was more effective in dissuading them from prioritizing citizens over non-citizens. Perhaps, through the stakes of having a life goal lost, audiences felt more sympathy for the character and, consequently, affinity for the narrative. Interestingly, the thriller-related ICE narrative didn’t do as poorly as I’d expected. I’d assumed that people were tired of hearing about ICE and immigration issues on TV, but initial tests indicate under-35s actually could be moved towards the intended narrative on AAPI safety after reading it.

The power of data here is truly impressive. It’s exciting to feel more in control of my audience strategy. For example, now I know including the monologue snippet in media spots and trailers could very well engage over-35-year-old audiences. After the AAPI Narrative Studio, I feel even more equipped to bring new and fuller AAPI narratives into the world.